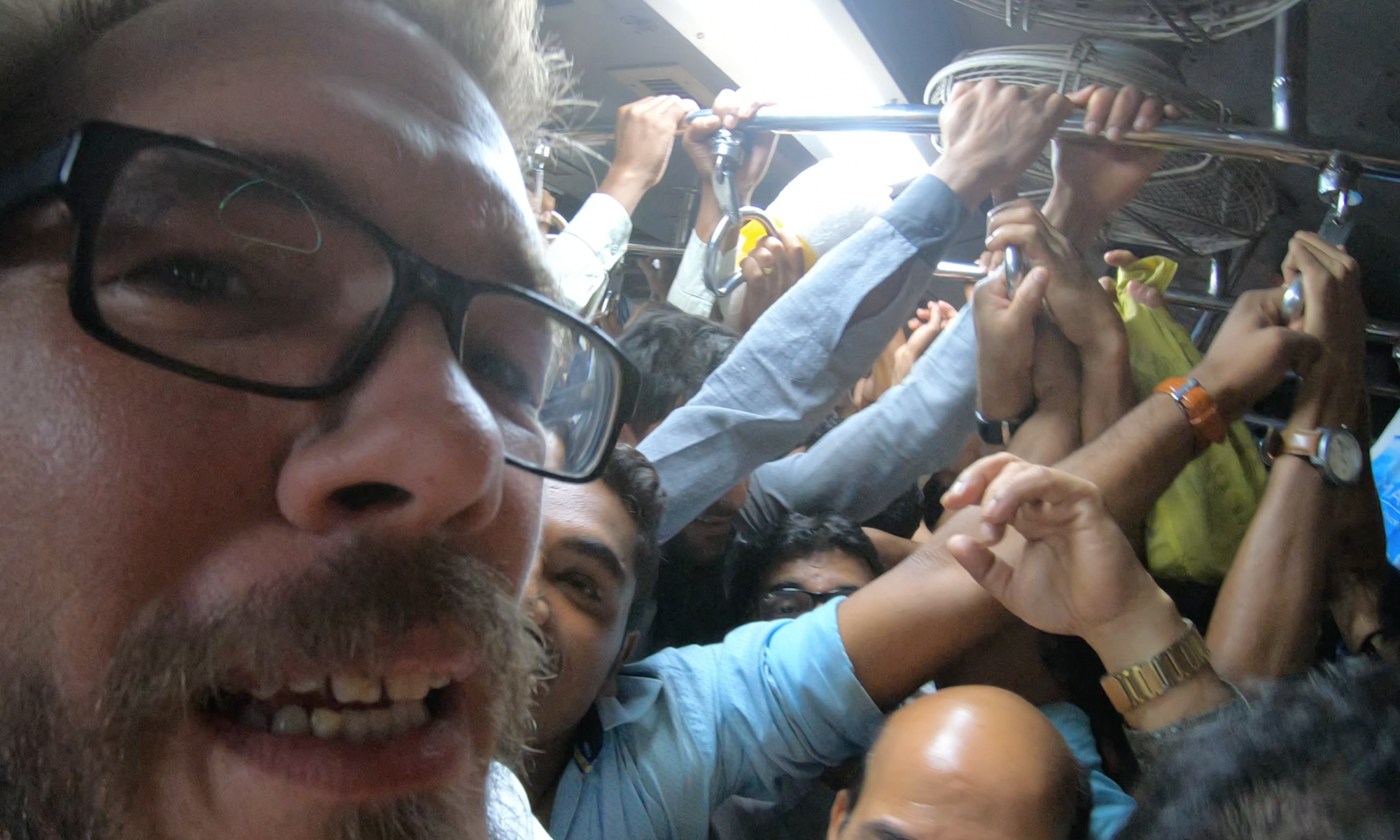 It all started with an innocent train trip towards downtown. Difficult enough to find the right train, as most of the writing was in Hindi. Immo was on a solo trip to film some more details of Mumbai and to record some sounds.

Immo got off at Mumbai Central and walked towards the western coastline, ended up at Tata Garden, where a taxi driver took him to the Hanging Gardens for a fix rate of 100 Rupees.

You can have a nice view from up there over the back bay, the garden itself was not that spectacular.

The next taxi driver switched on his meter without discussion and took Immo to the Gateway of India.

Pretty busy place it is, lots of Indians from all over India and also Tourists getting their selfies on…

Walking back north alongside the Oval Maidan Park, where lots of Cricket was being played, passing a flea market with clothing, shoes and all kinds of stuff.
Time for a little snack, sugarcane juice and a chai.

Then on towards Maharaj Terminus Station, where there were loads of people running towards loads of trains, again lots of Hindi, little english.

Well, Immo knew, he had to with trains at Dadar, so asking the locals helped. Getting on the train was easy, getting off in Dadar was impossible, as loads of new passengers just smashed their way on to the train. Even the next stop he could not get off, because he was on the wrong side of the wagon, no way to get through.

So within minutes, the train had taken him way to the east to Kurla. Got off, waited for the train in the opposite direction, managed to switch trains in Dadar, but arriving in Khan Road Station he was again caught on the wrong side of the train and had to hang on for another stop, as he was literally hanging outside the train with his camera bag sticking out even further, in the dark, not knowing how much space to the closest poles would be left.

Exciting stuff! So from Santa Cruz Station he had enough of train hopping and took a rickshaw to Khan road and was happy to find Haase and Buttlar at the Hotel, who had explored Juhu some more.