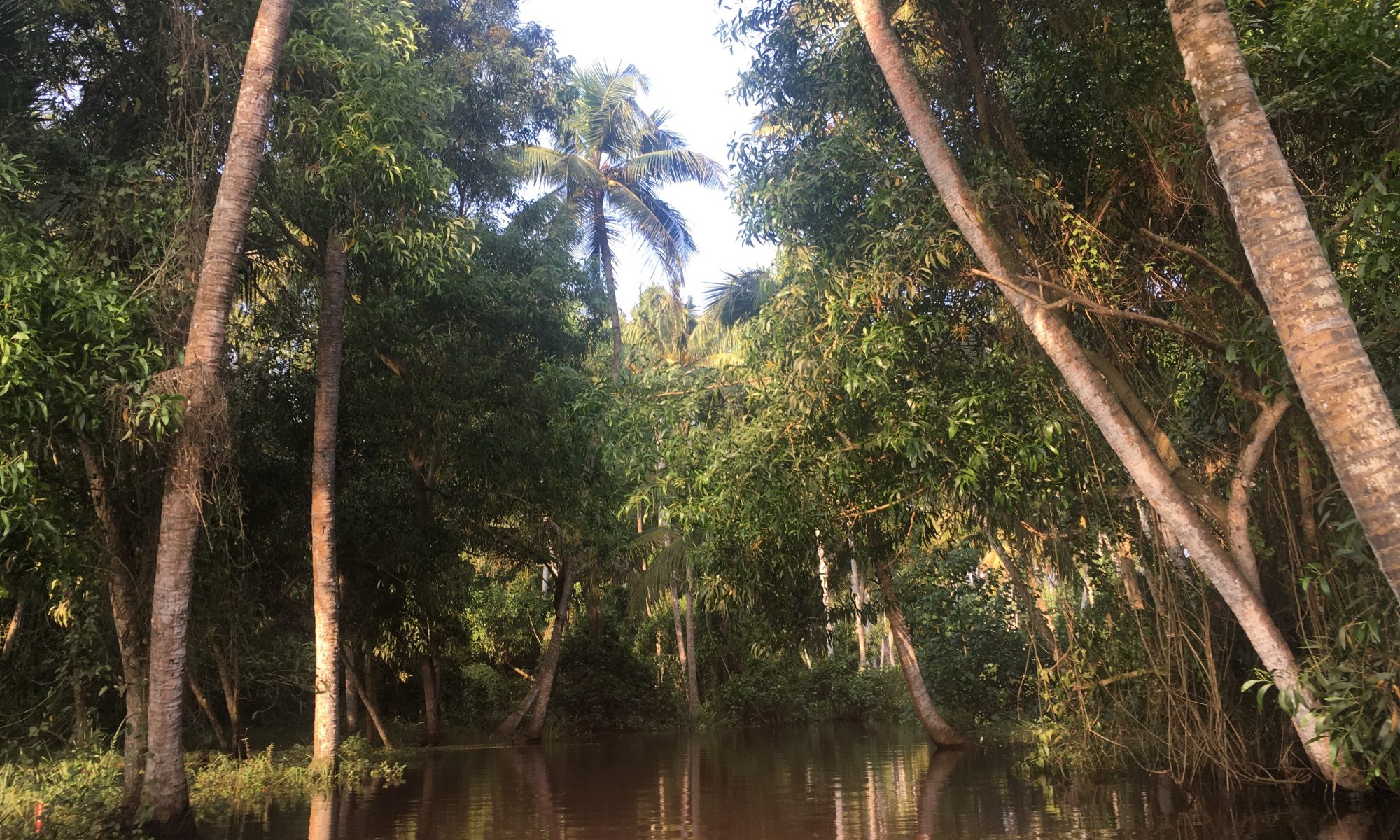 we became the Backwater Boys today…

Haase and Immo got up around 9 and went for a morning swim followed up by a fresh coconut and a breakfast at the german bakery with indian Dosa, a thin rice pancake filled with curry potatos. We could have had Frankwurter sausages or Käsespätzle… who would have known… 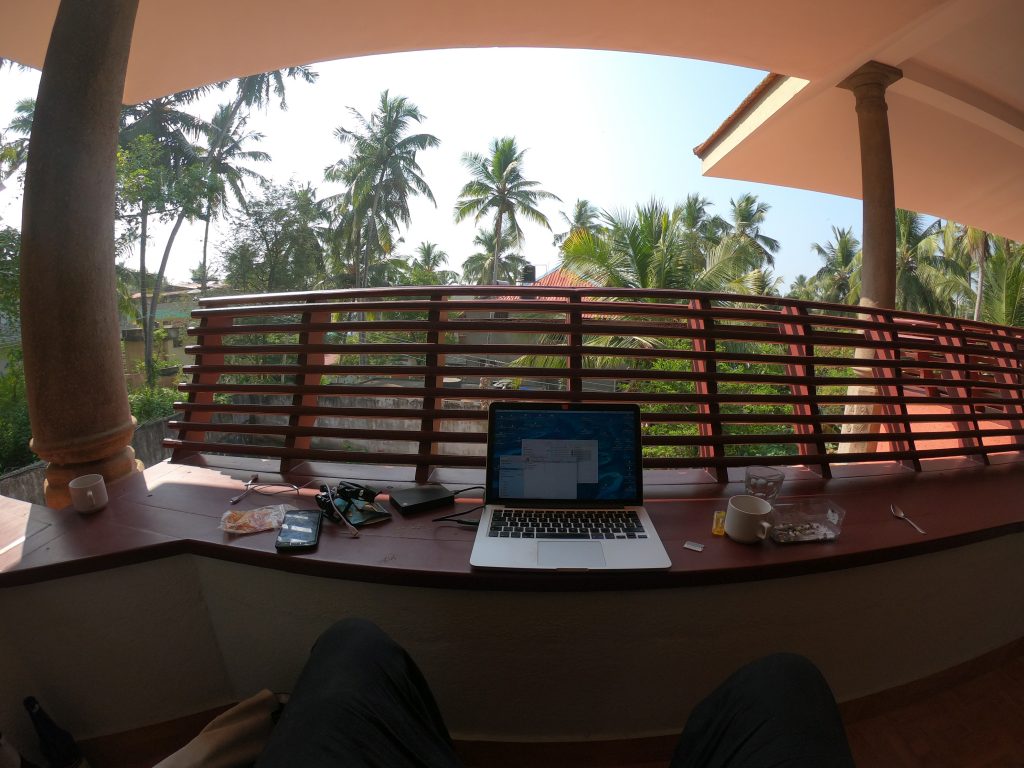 Some video and audio editing ensued, as you all shoud be able to take part in our experience here.

Also a short Promo Trailer for the Alcheringa Festival was recorded by Immo.

On our last day in Kovalam Beach we had to see some more of the surrounding area, so Charles arranged his driver Sadiq for us and a boat trip through the backwaters.

We had scheduled a taxi to the Kovalam Backwaters for 15:30h, a boattour through mangroves south of Kovalam. The ride there through the town of Kovalam and other villages was very scenic and our driver Sadiq, the same one who had picked us up at the airport showed us a viewpoint on the way, where we could look over a fishervillage, which we would visit on the way back, from a hill above. Beautiful! 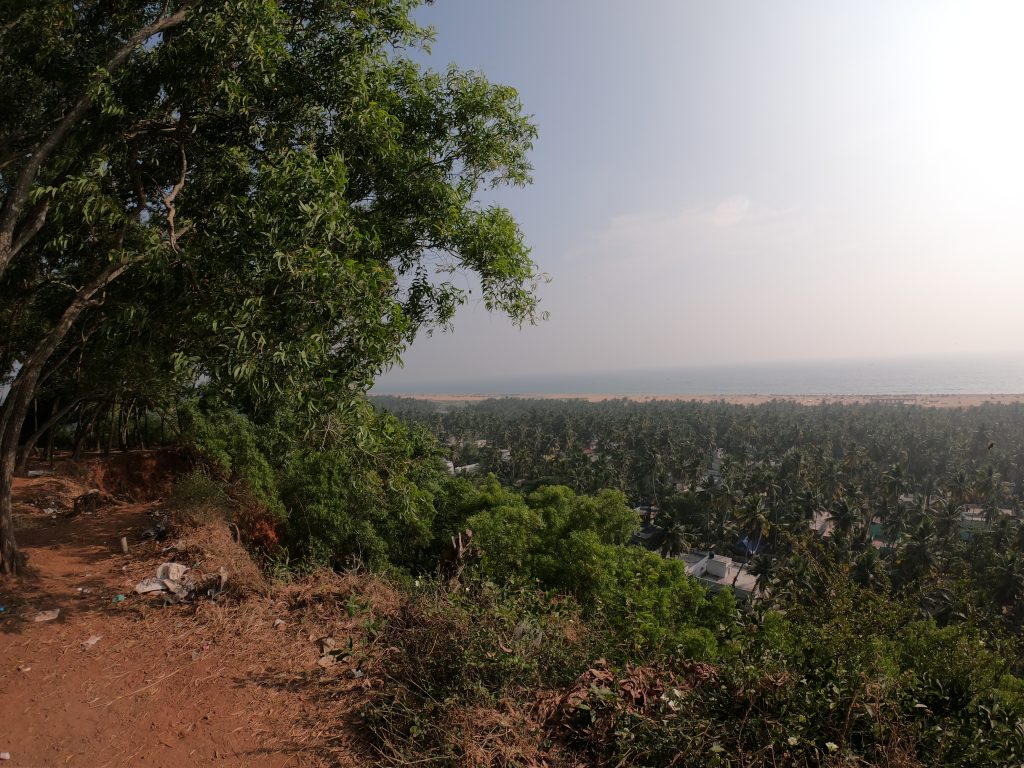 The price for 1,5h boattrip was 3500 RP for two and 500 RP for the extra person, Sadiq negotiated 200 RP discount, which he would later on get as an extra tip. Lots of boats with mostly indian families were on the water, sometimes we got into traffic jams in the very narrow waterways, leading us through palmtrees as far as you could see. We passed by floating restaurants and also a floating hotel, saw eagles and other birds.

Needless to say a lot of photo and video footage was taken there. 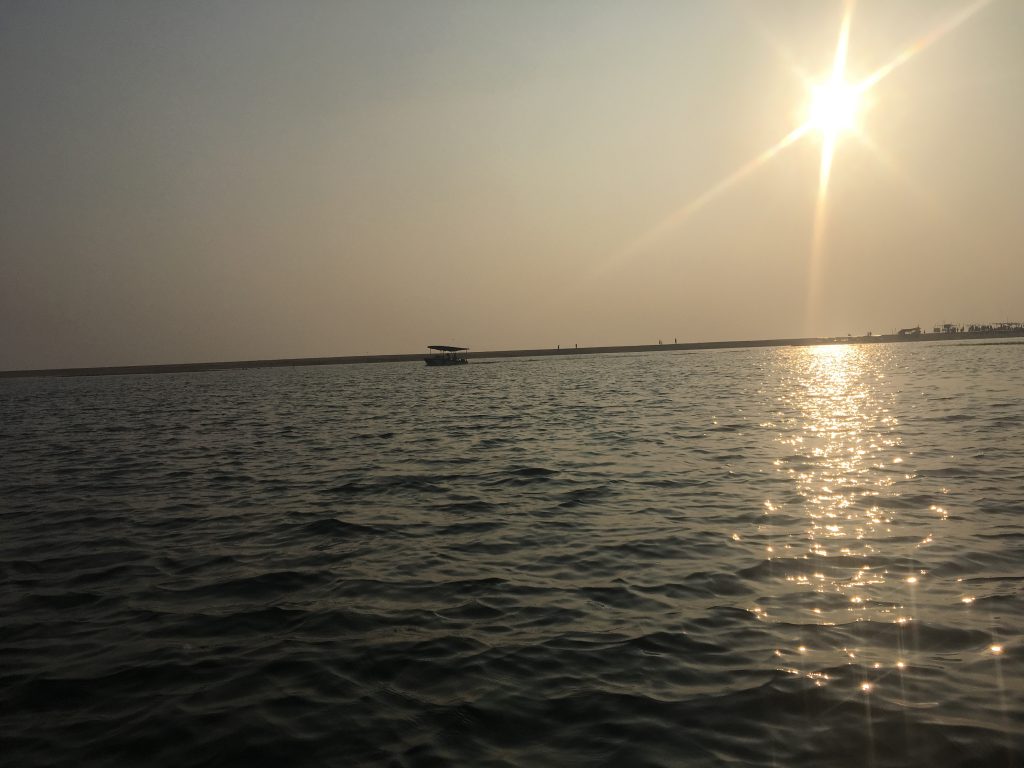 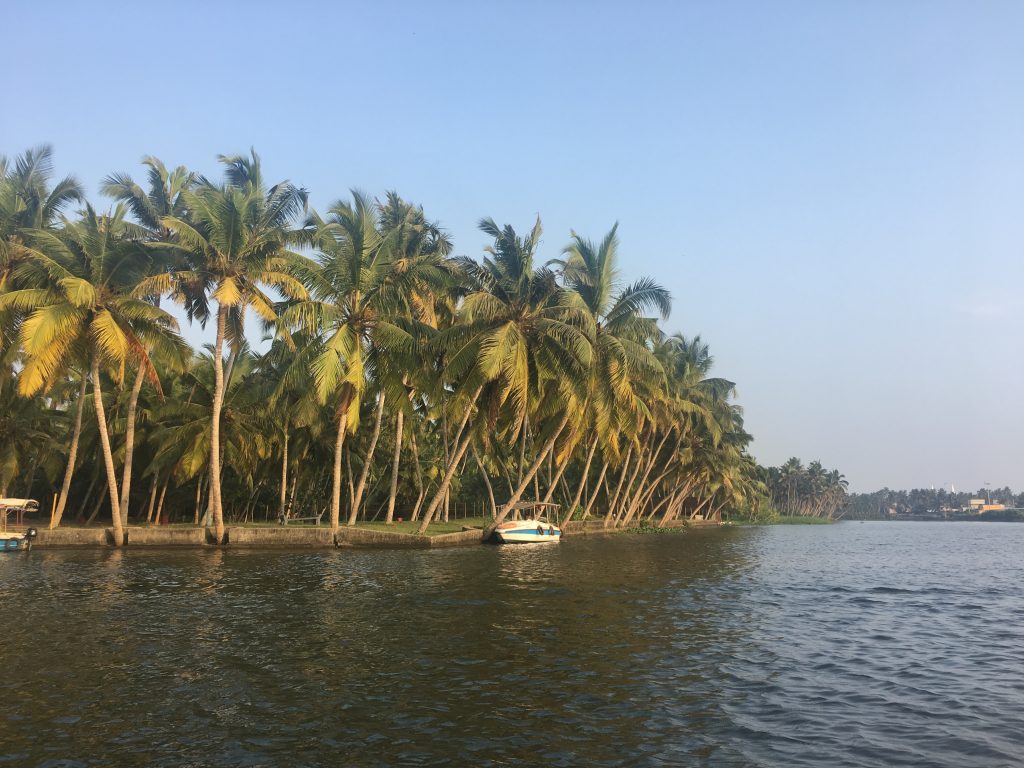 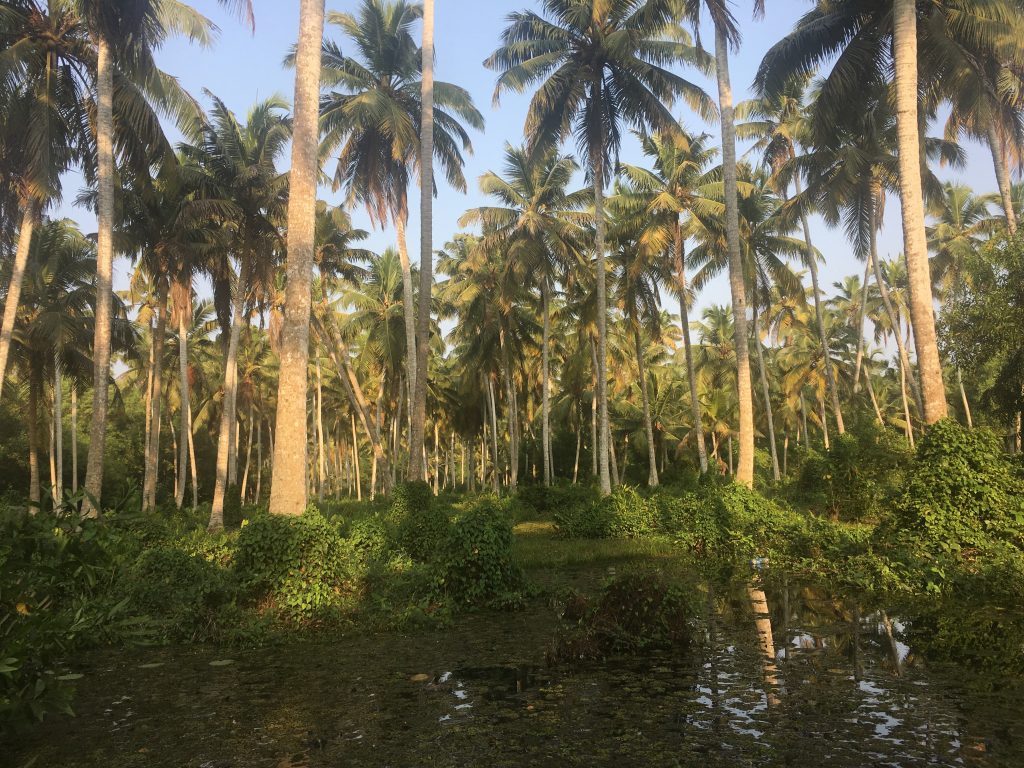 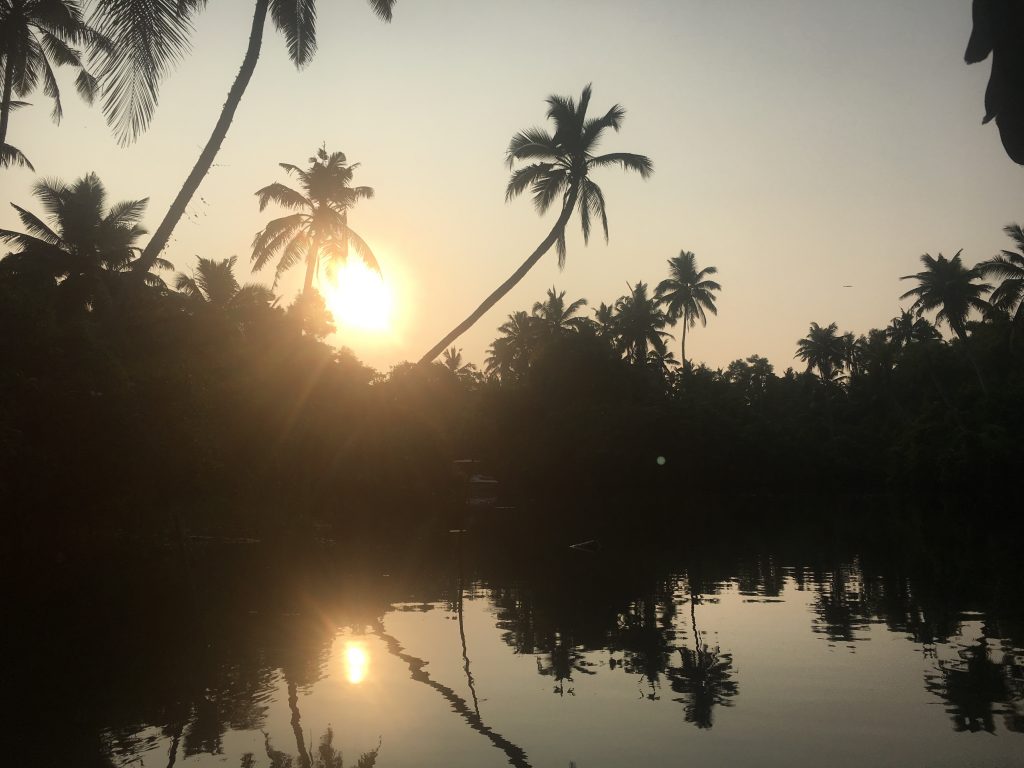 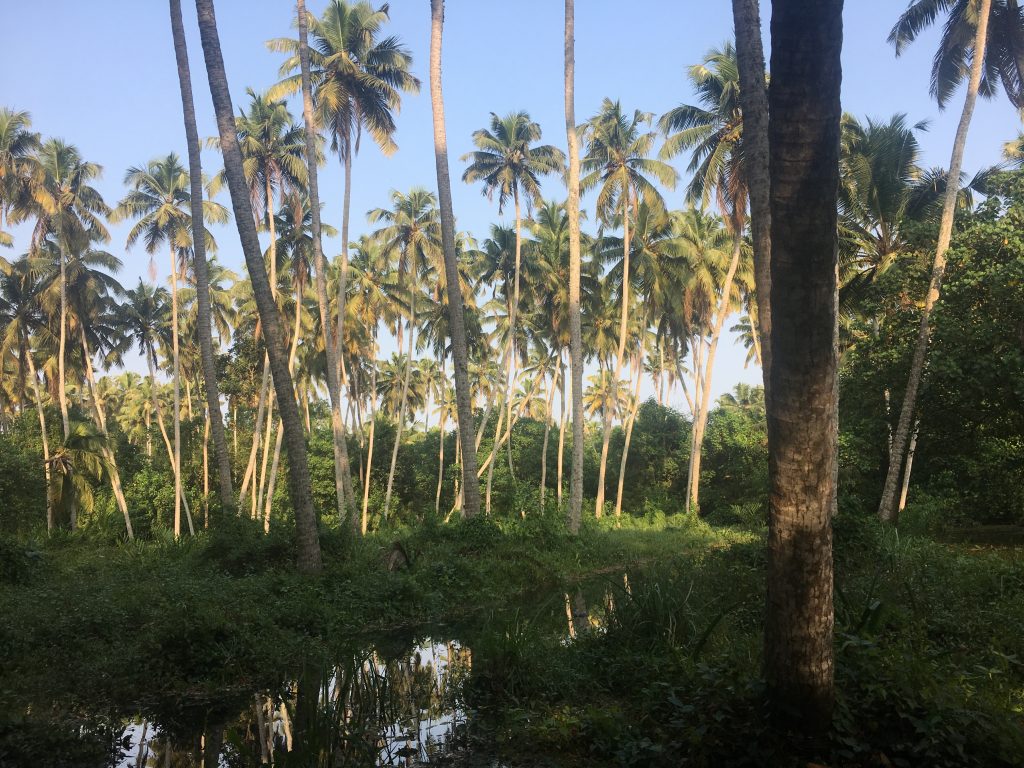 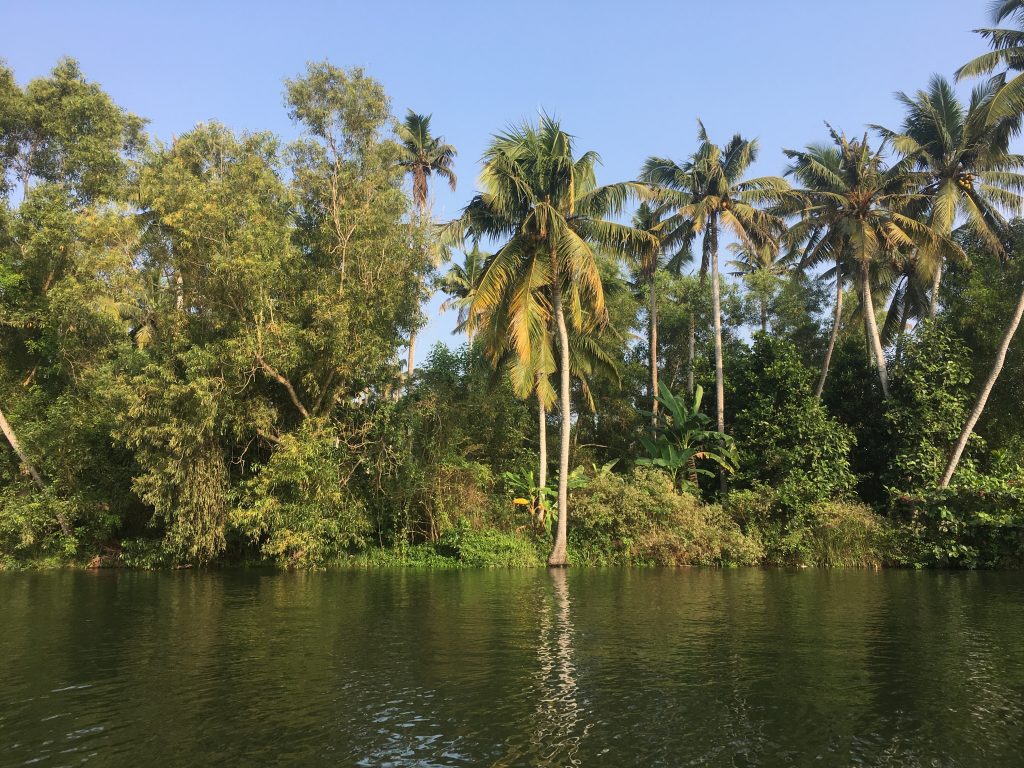 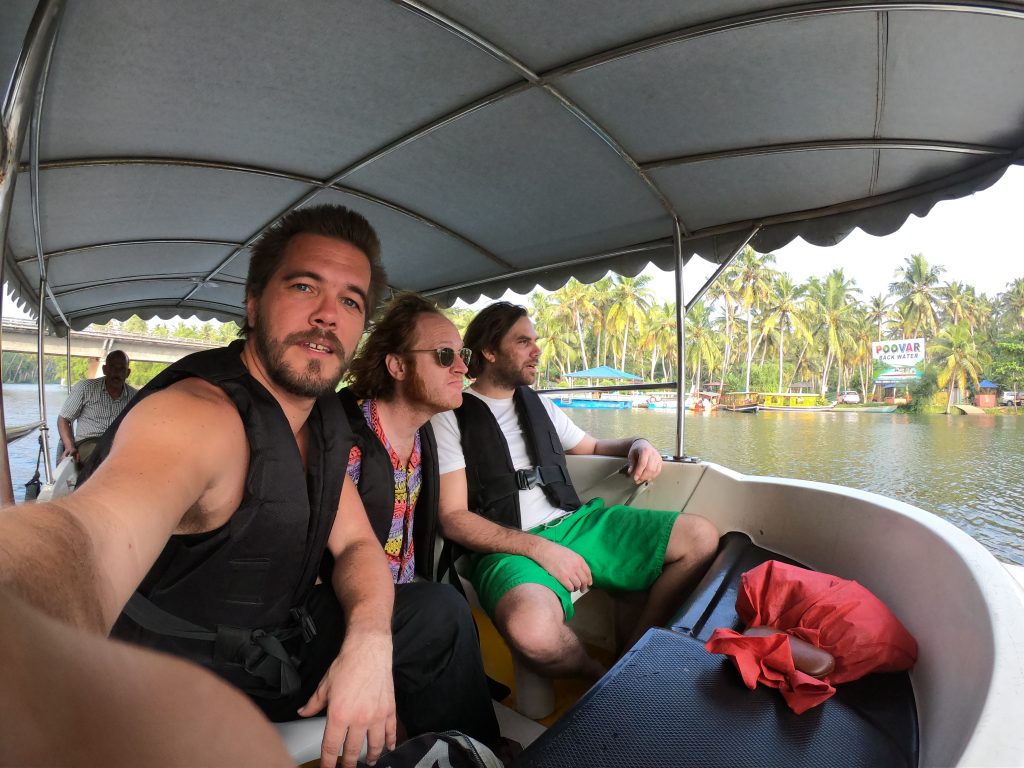 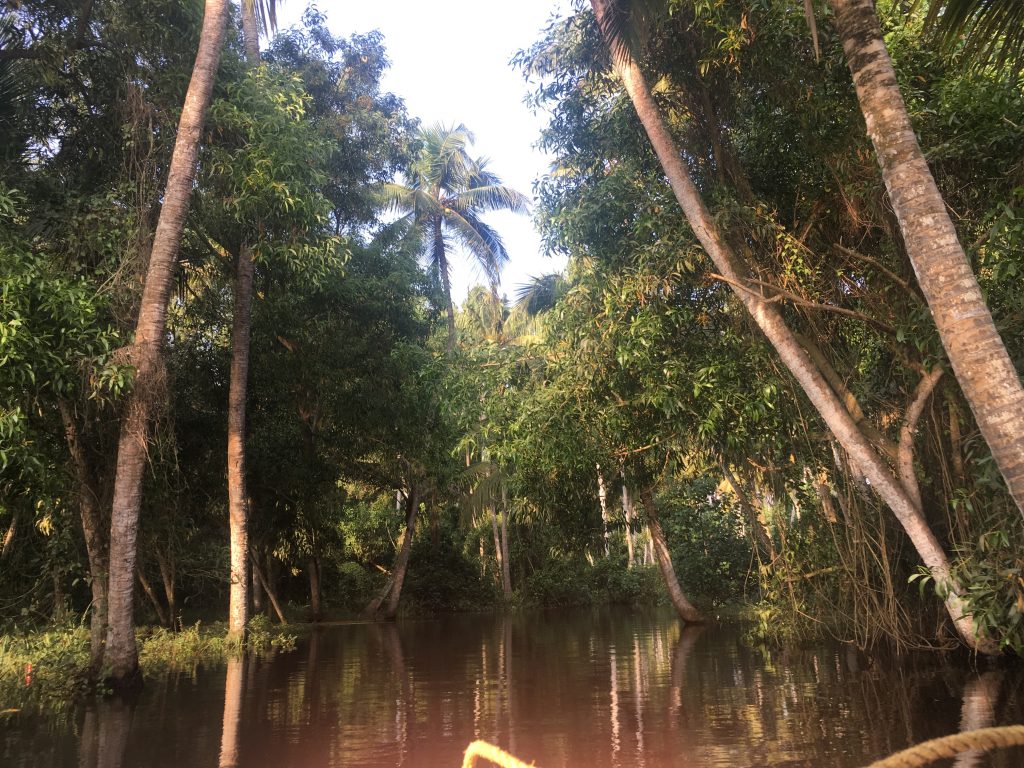 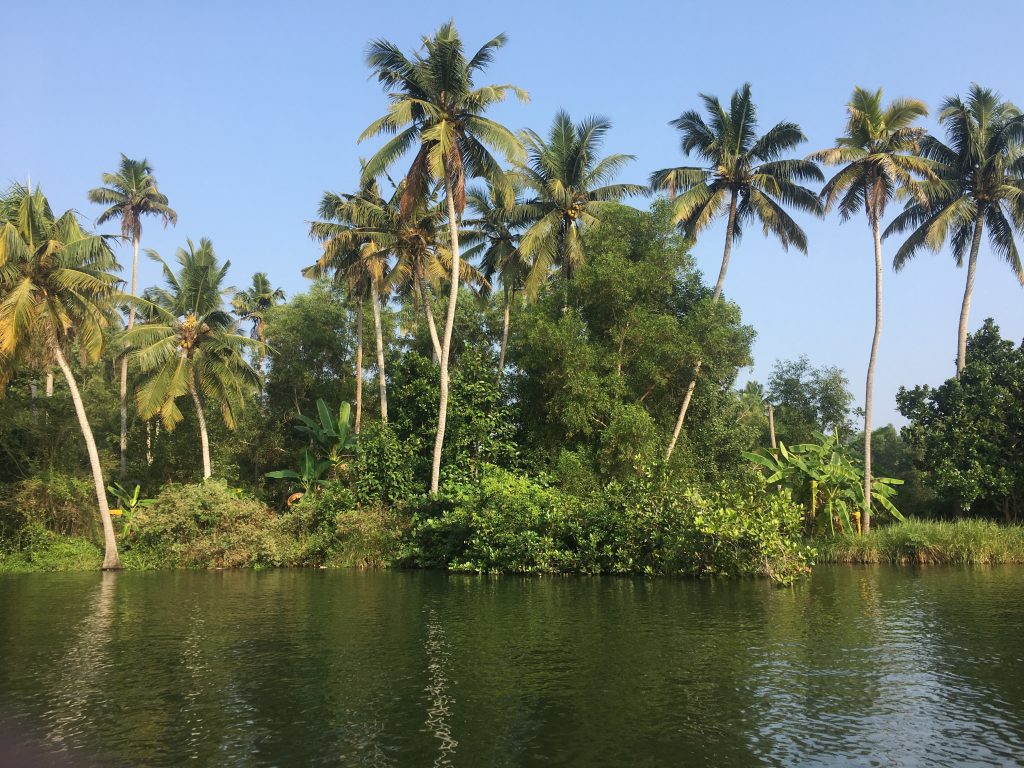 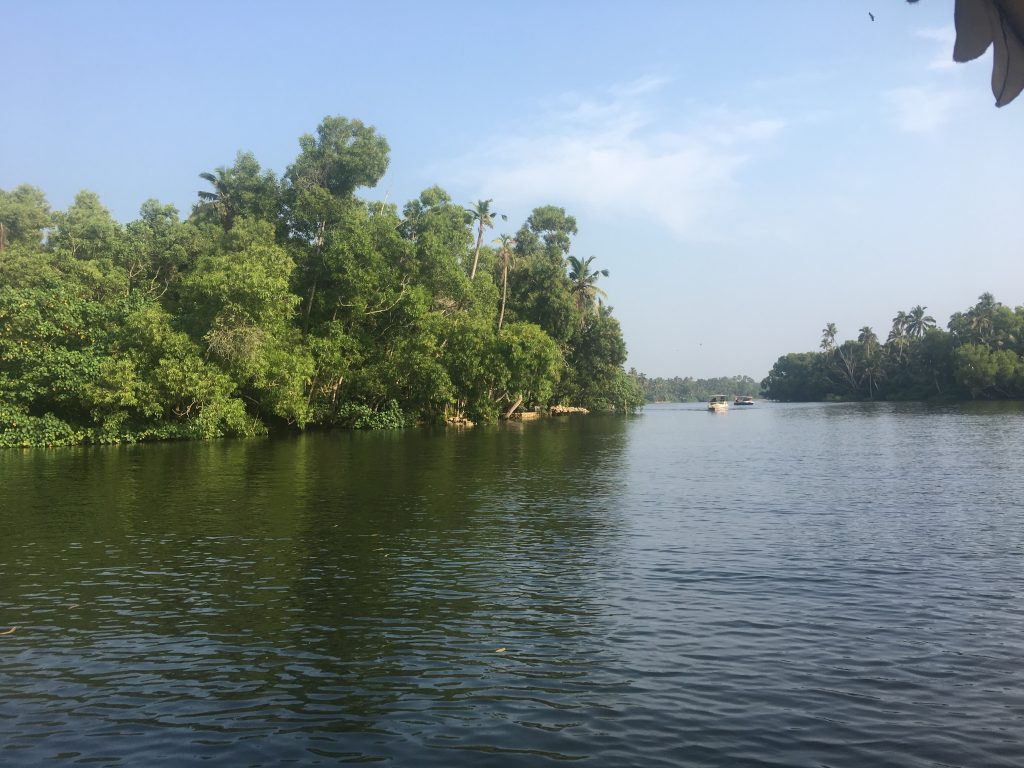 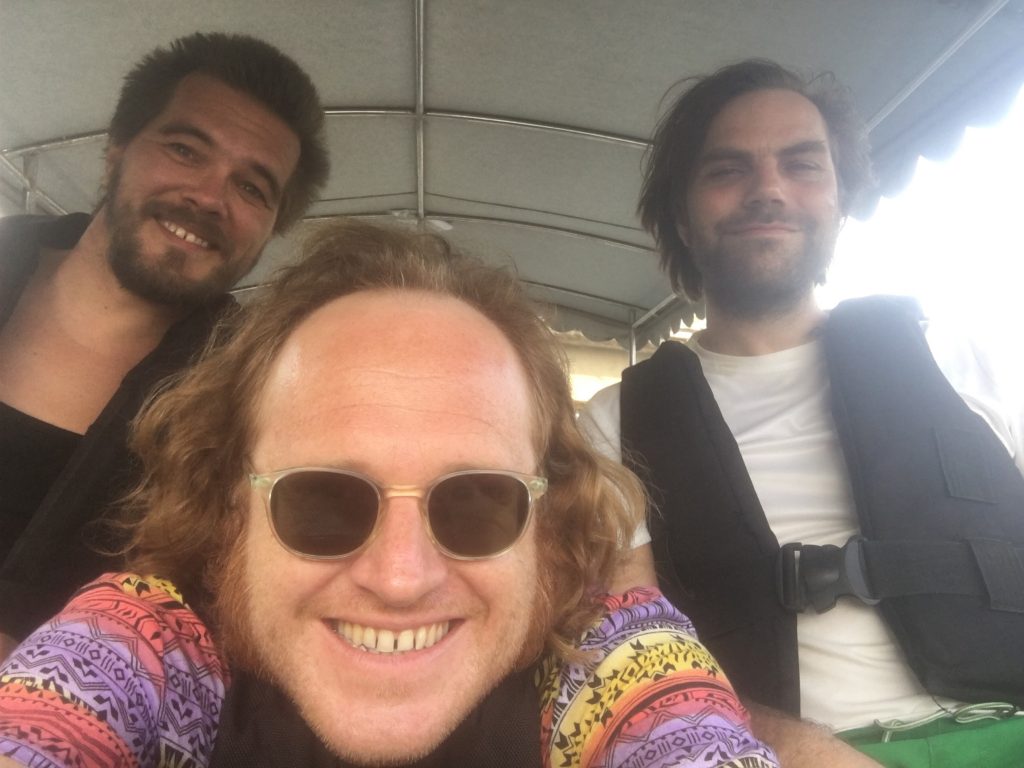 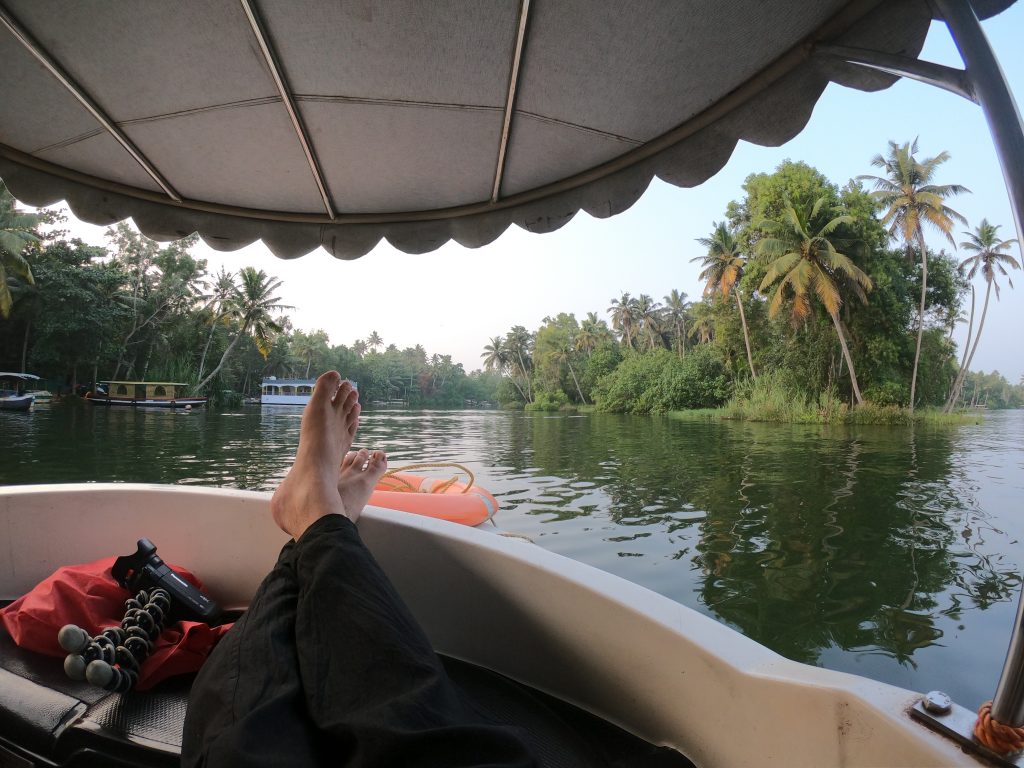 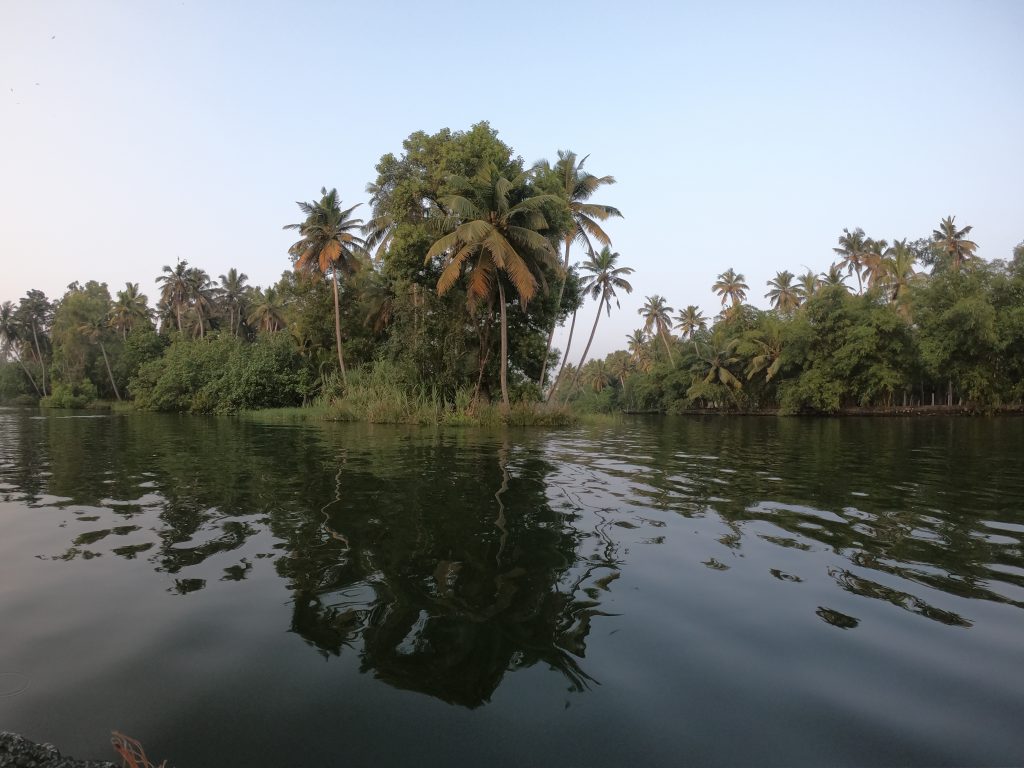 On our way back we bought some red bananas, this time for a more realistic price of 70 RP for 7 Bananas or 1,35 kg. Tasty. 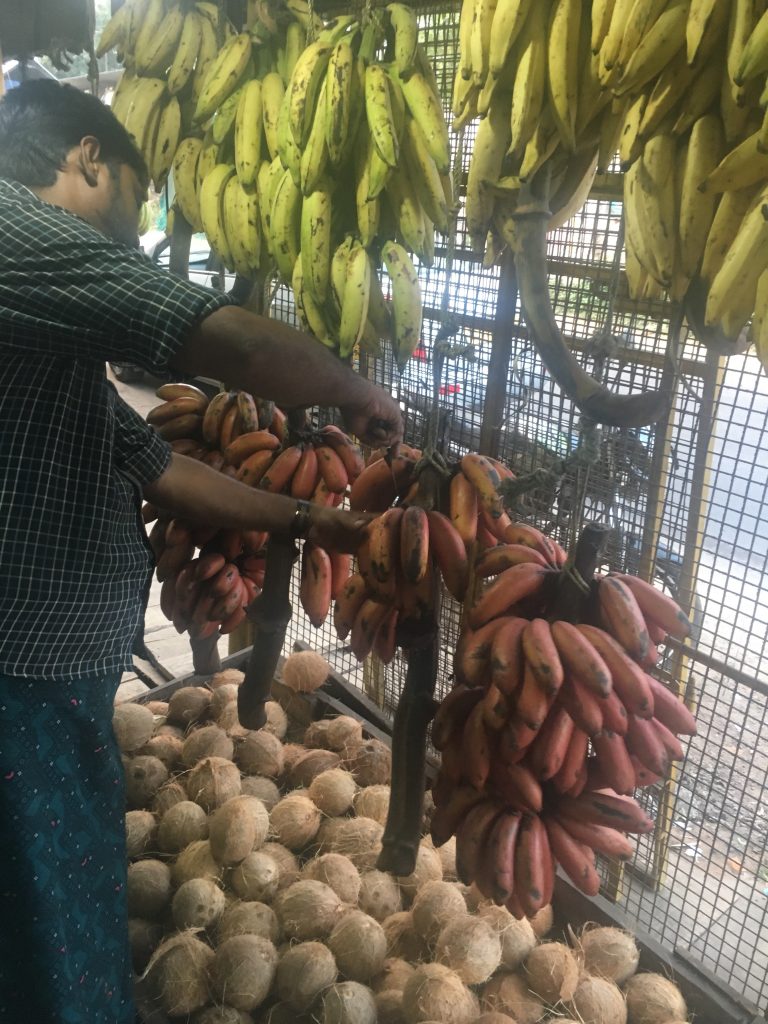 Sadiq took us into the small fishermens village which we had seen from above before, a christian settlement directly in a forest of palmtrees by the beach. We got out of the car to take a look around at the beach and a group of young boys who were playing football were very interested in us. Johannes and Johannes joined the game for a few kicks while Immo was filming the scenery. Sunlight was fleeting, we continiued on to the fishing harbour where three mosques of different sizes where situated.

Sadiq told us about a cyclone that happened last year, which killed many fishermen, as they did not know it was coming. They only have mobile phones, and their service stops about 15-20 kilometers out in the sea. So as a consequence the Kerala Government has issued satellite phones to the fishermen, so a disaster like this would not happen again.

We stopped by our hotel for an hour, Immo edited the Promo trailer while we had a beer on our balcony with an austrian guy, who just started his one year trip around the world.

Time for Dinner, this time at Black Cat restaurant. Gobi 65, Chili Paneer and some spicy fish, topped of with a chocolate pancake with icecream.

Perfect last evening in Kovalam, as we are headed to our concert in Thiruvananthapuram tomorrow. 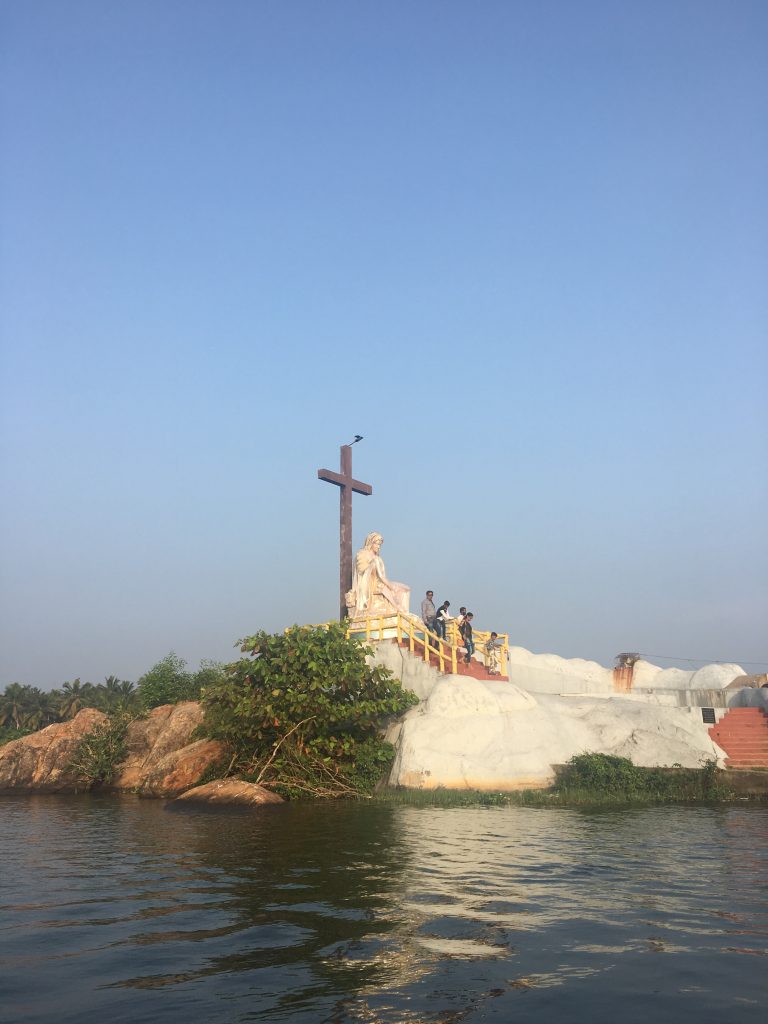