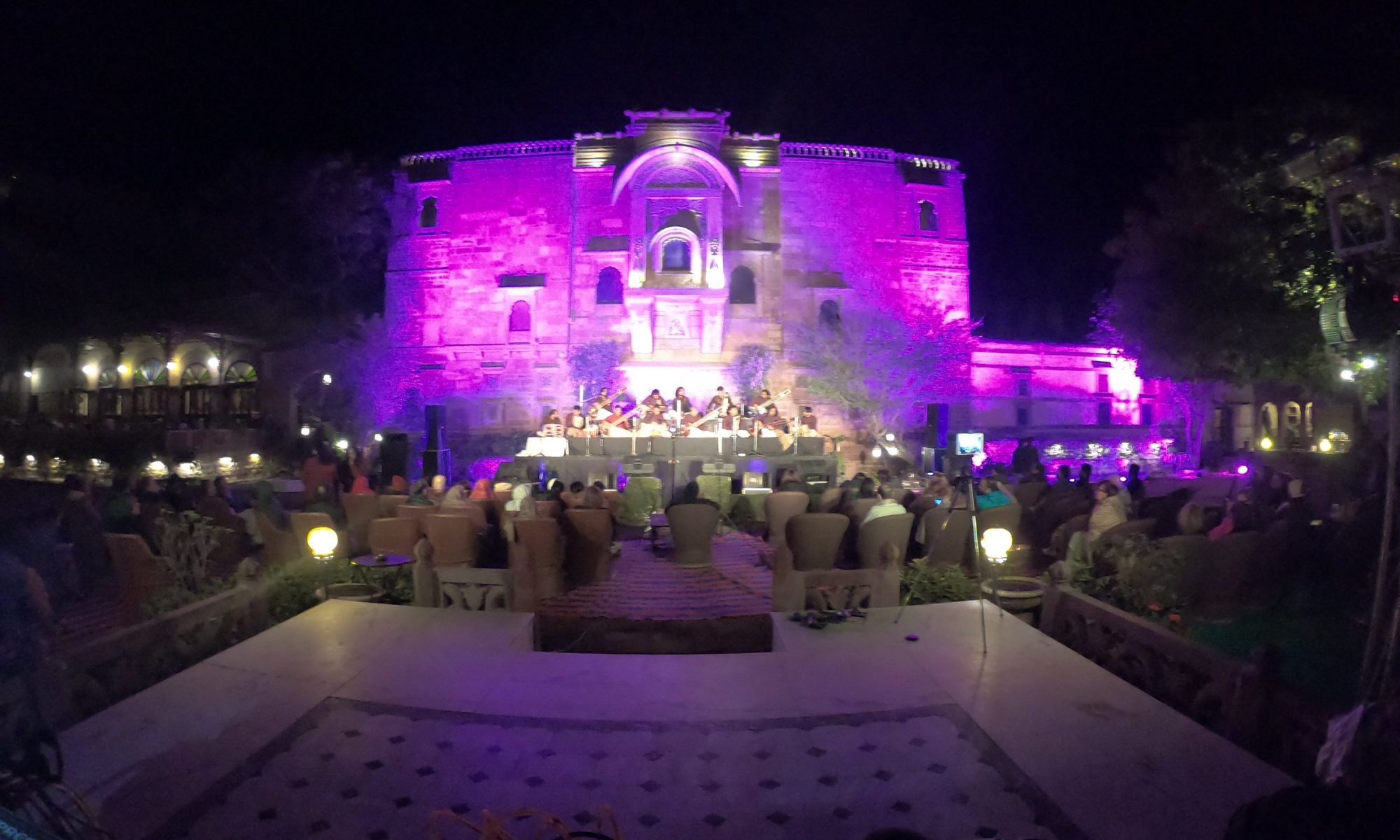 We woke up after 3 hours of sleep in our hotelroom, had breakfast in the lobby, consisting of bananas, fried bread, some kind of spicy curry soup and mostly exploded boiled eggs. The Chai machine was not working all the time, as there was a combat sports team of some kind having breakfast at the same time. 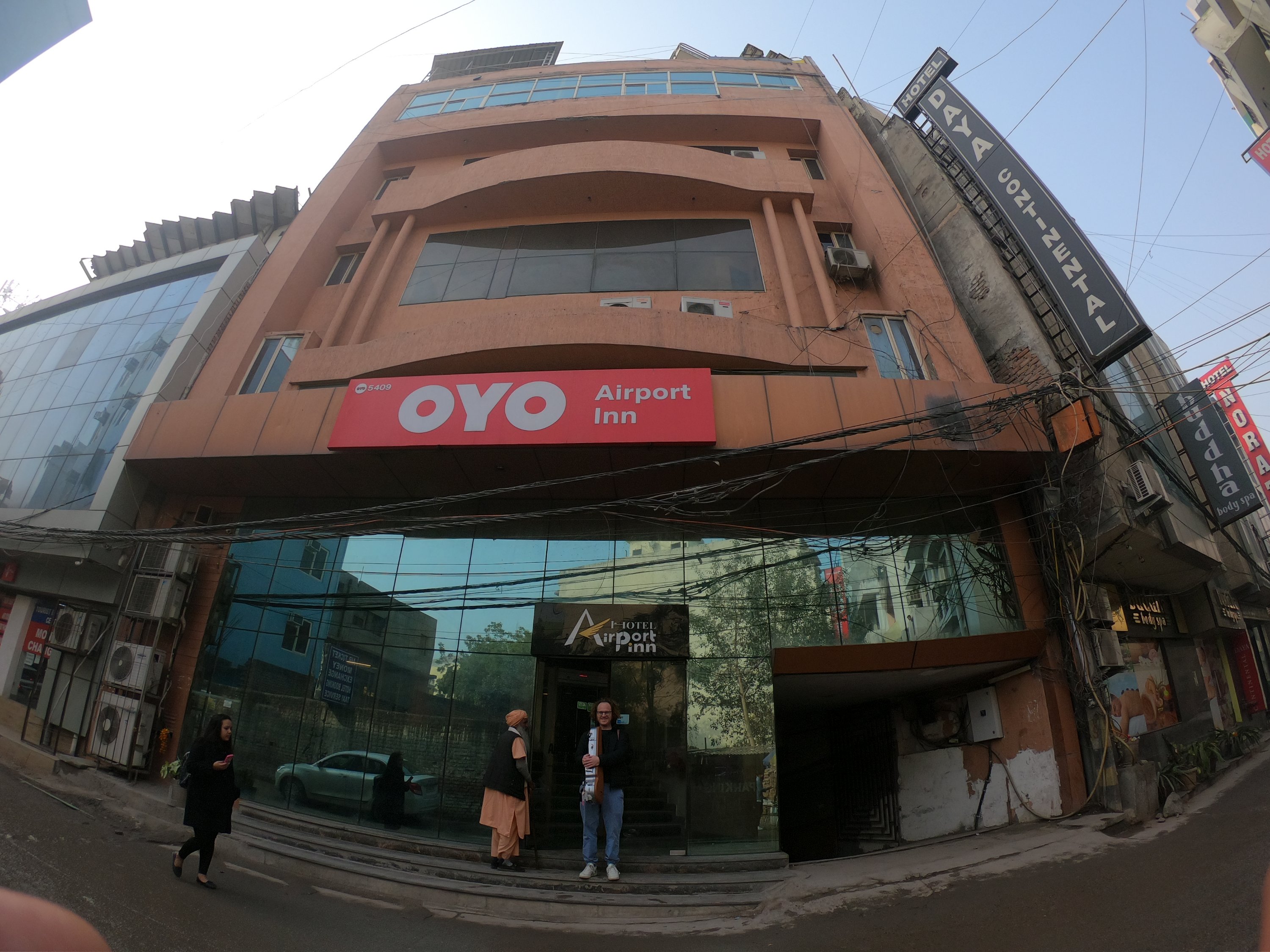 We took a taxi to the airport, begging kids at the first intersection came up to the window, and us not having rupies yet, Immo decided go give away a bottle of water. Sure enough the young girl took it. But even before we could leave the traffic jam, we could see her swirl it around and the water fell to the ground like rain.
On to the airport. Check in with our heavy suitcases, close to 30 kilos each, which gladly made it with us, as they were strapped to the roof of the car with rubber bands.
We had to pay 500 rupies for 5 kg overweight, which was fair, as it actually was more than that. At the security check the lighter was confiscated, and Johannes Cymbal and footmachine had to be examined and explained.
We still had time for a coffee and there was a smoking room right next to it. To light your cigarette you had to push a button and let the machine on the wall heat up. 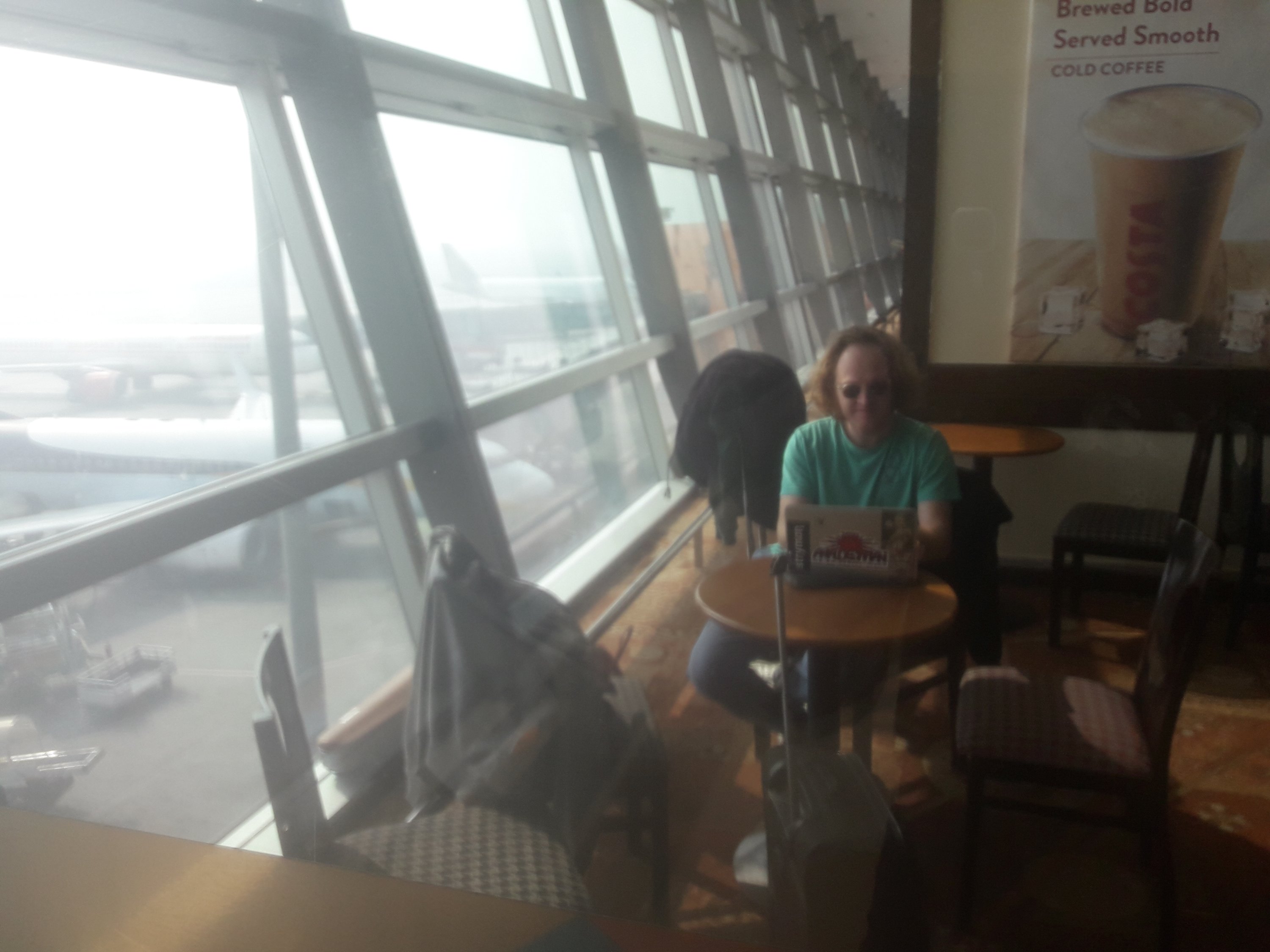 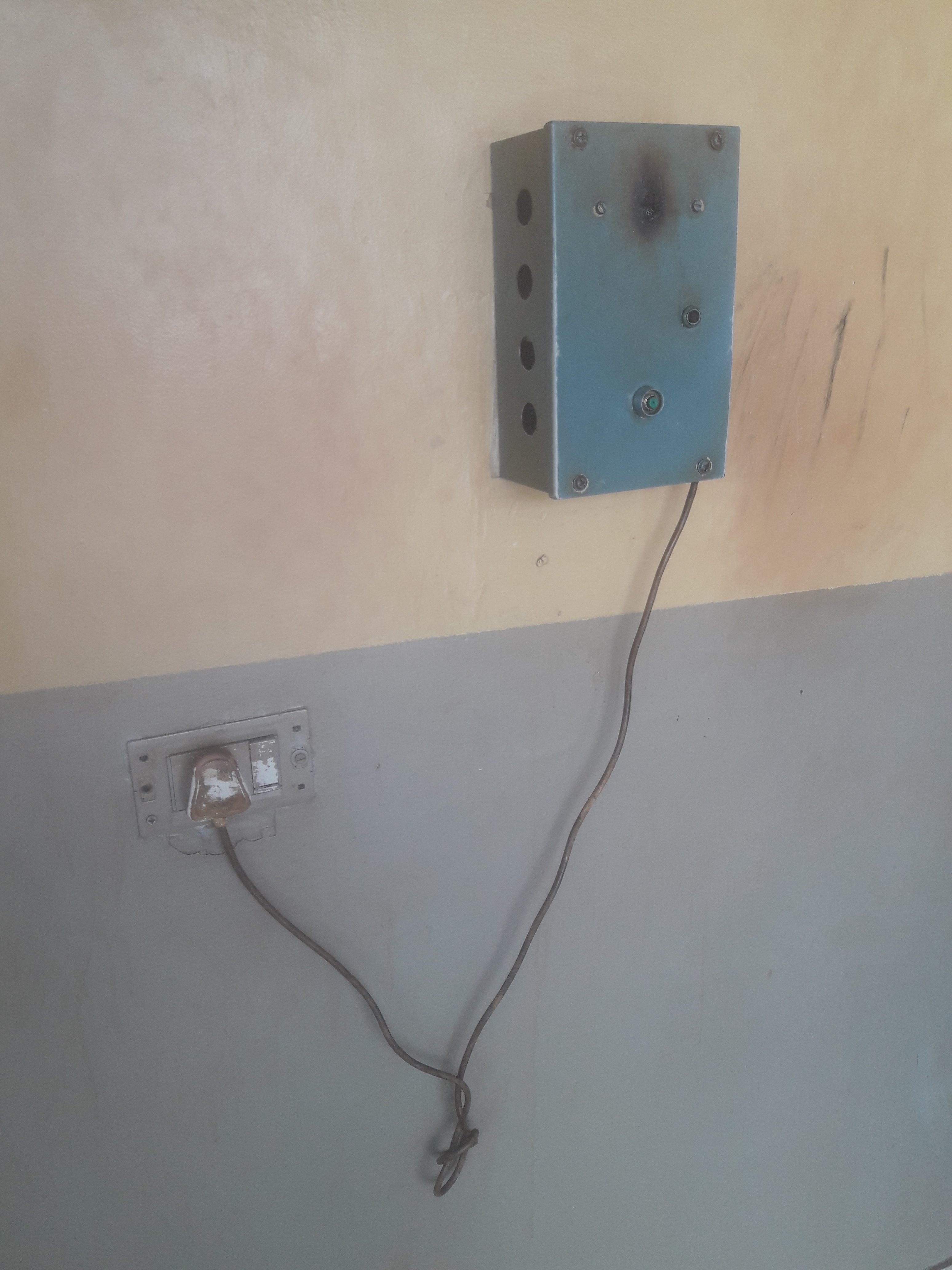 The flight to jodhpur took about an hour but before we could take of, we sat on the runway for about 25 minutes as about 5 planes flew by and landed somewhere in the Delhi fog. 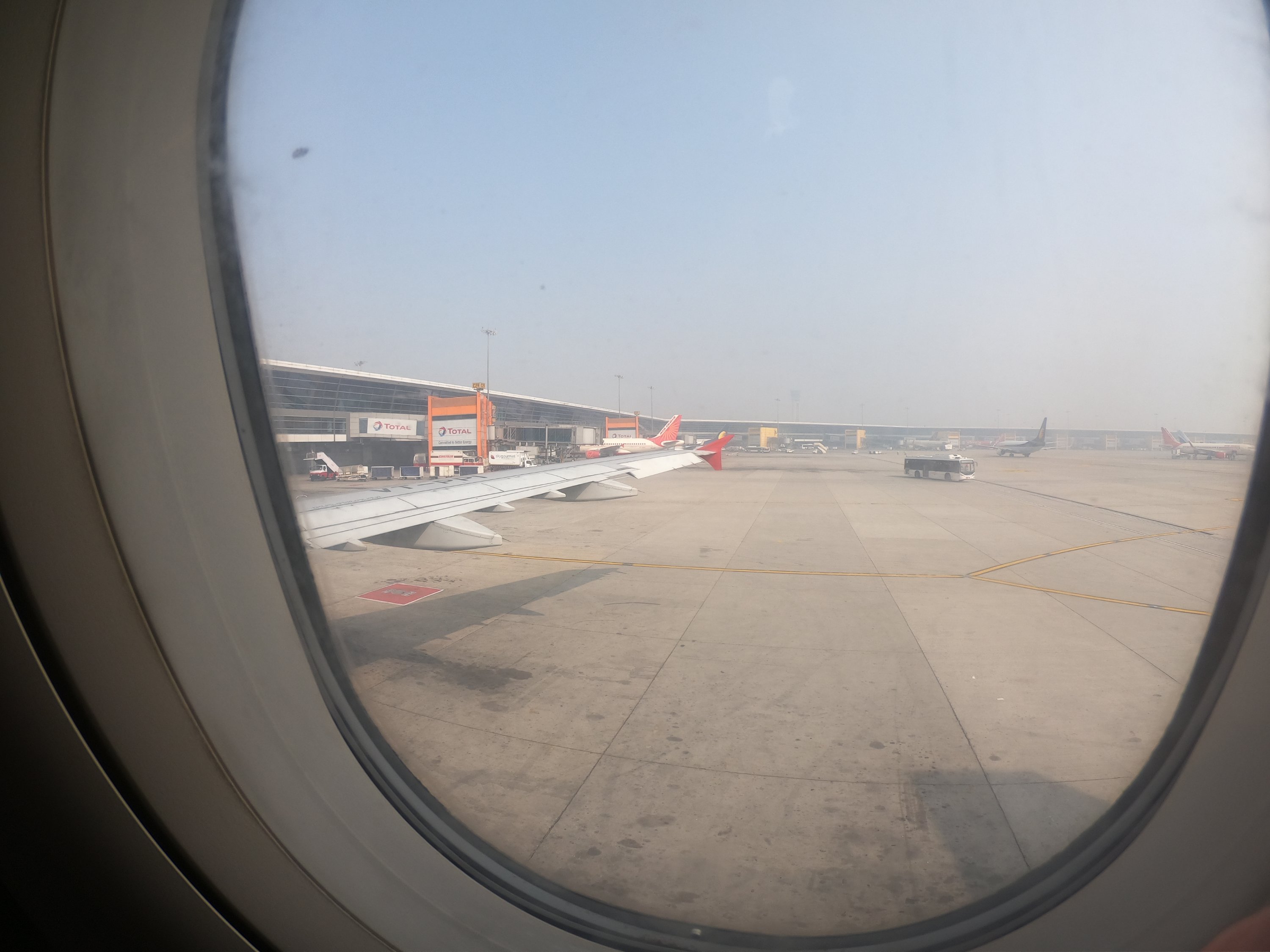 Jodhpur has a beautiful little airport and we were picked up by the Tabla Master Hanif Khan and Imran`s brother Irfan. 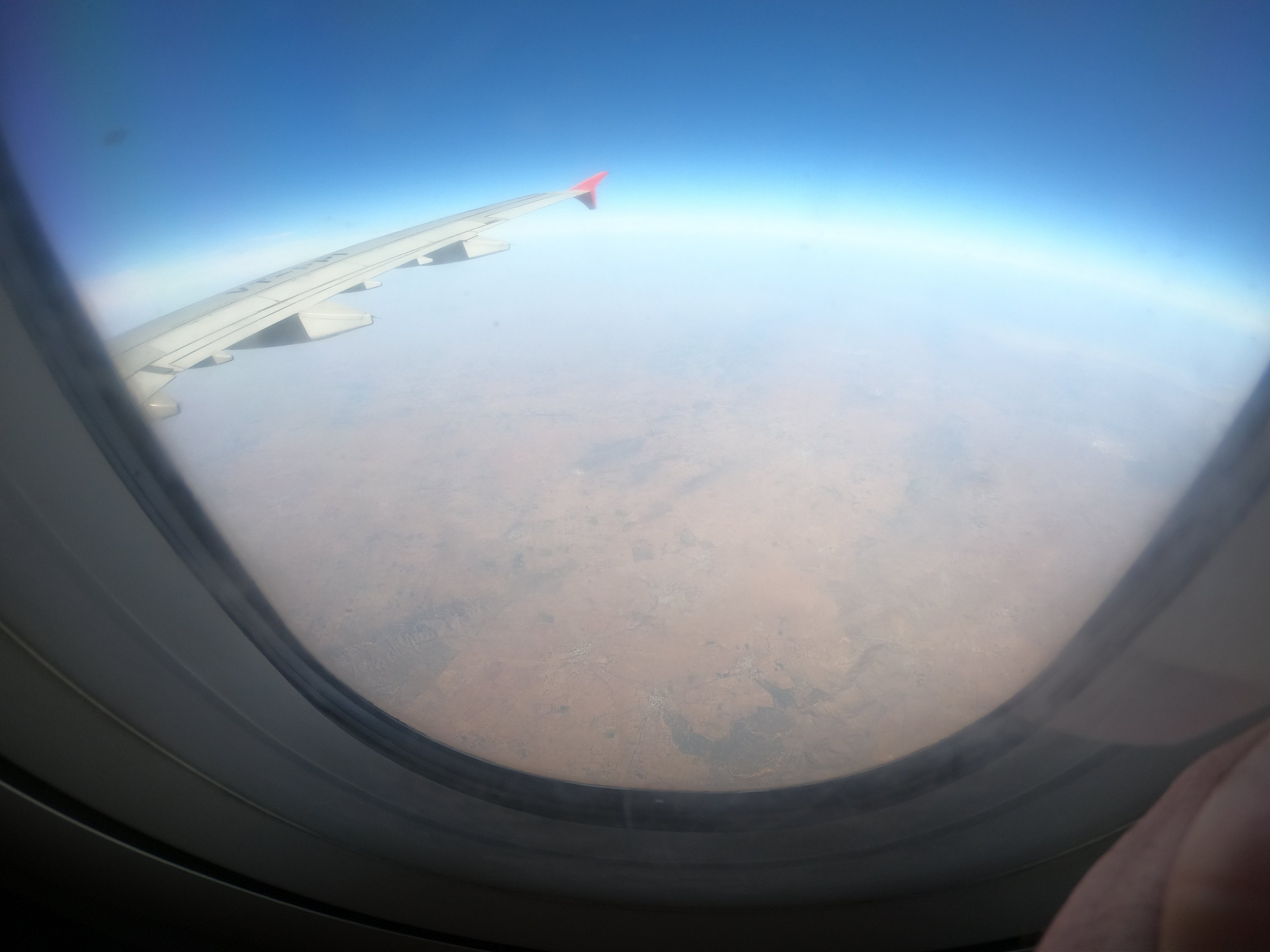 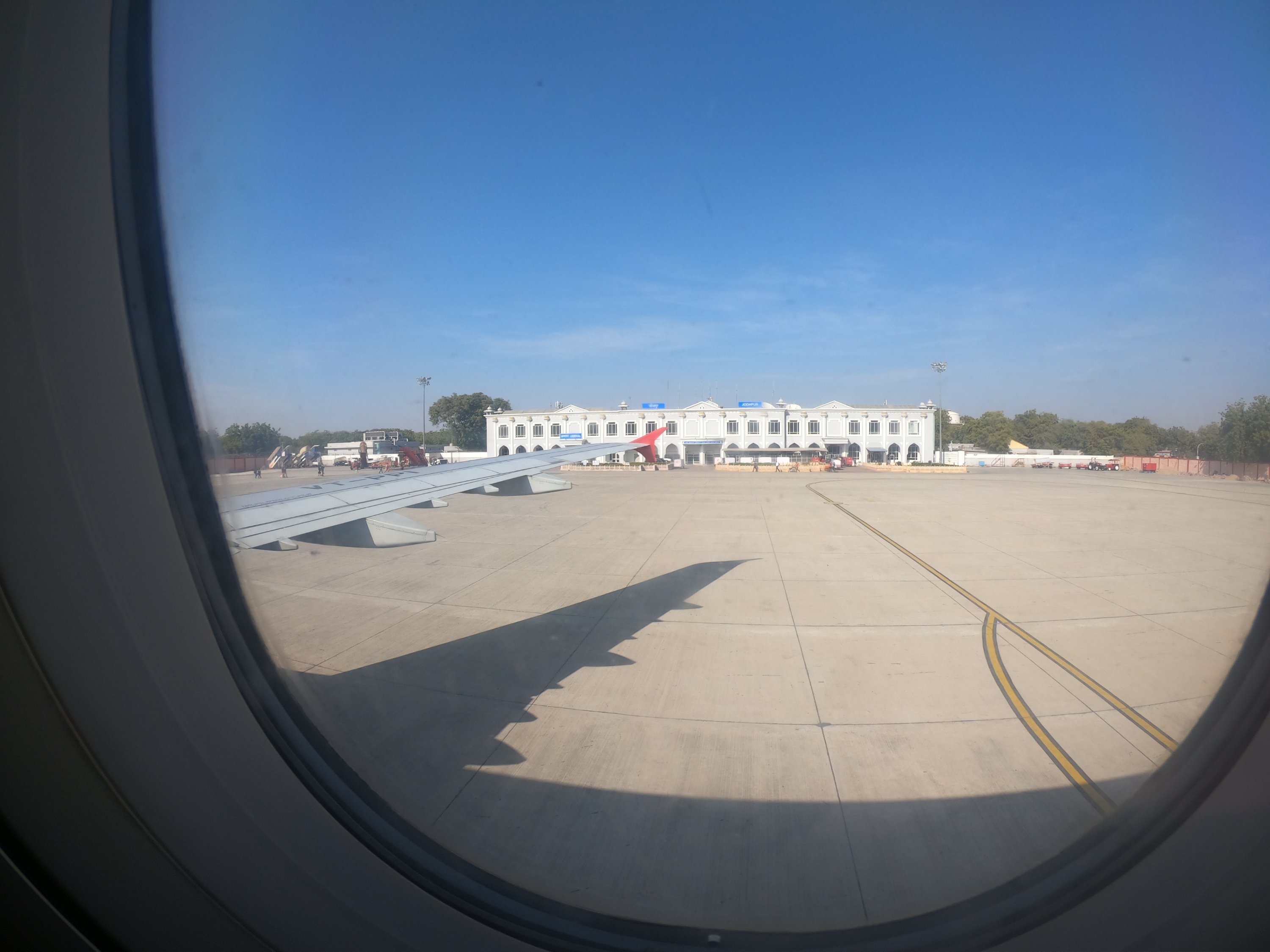 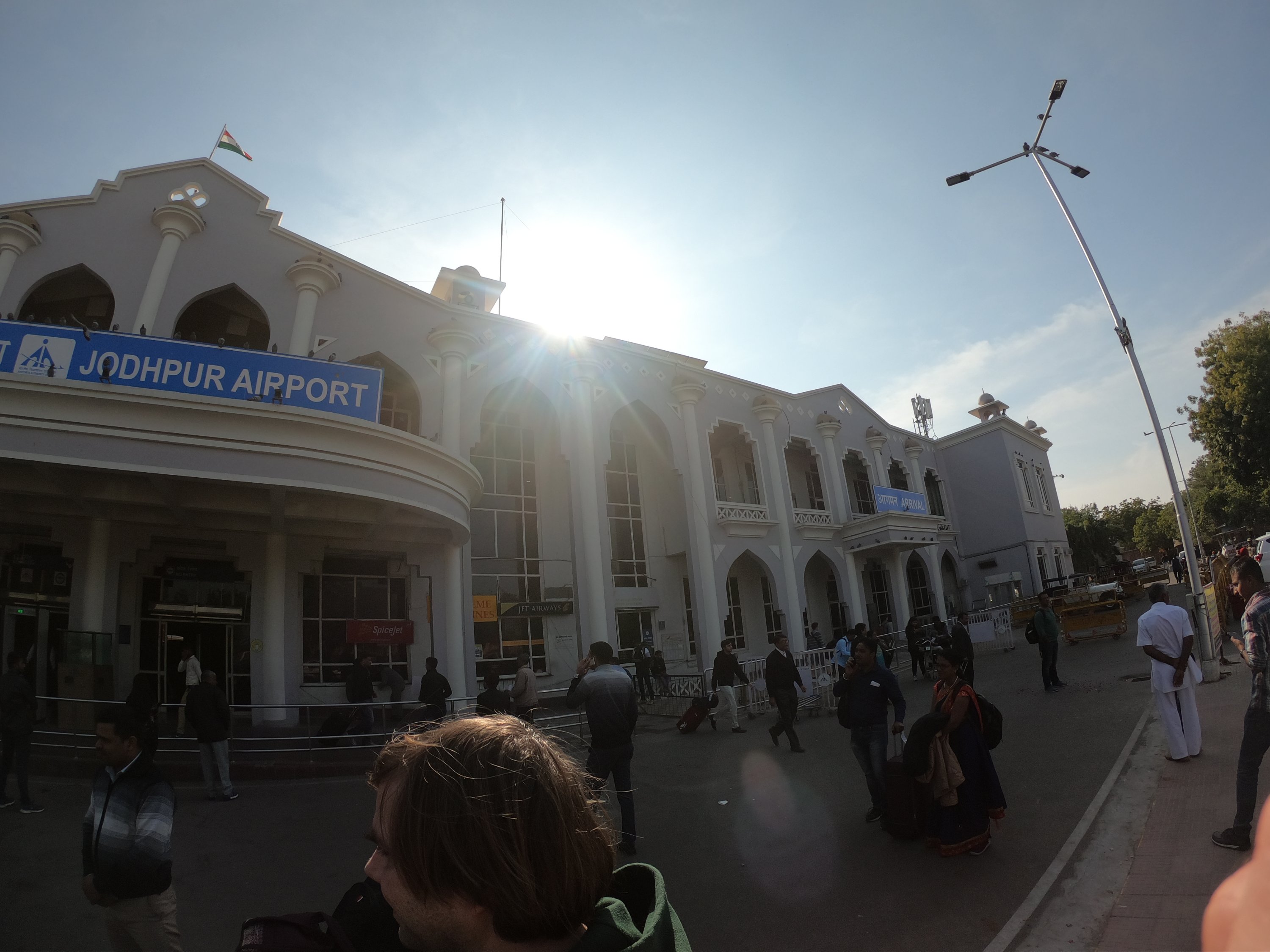 We were a little hungry, so they kindly organised Sandwiches on the way and at that stop a lot more Khan family members got on the bus. They started rehearsing vocally for the concert which was scheduled for the evening. 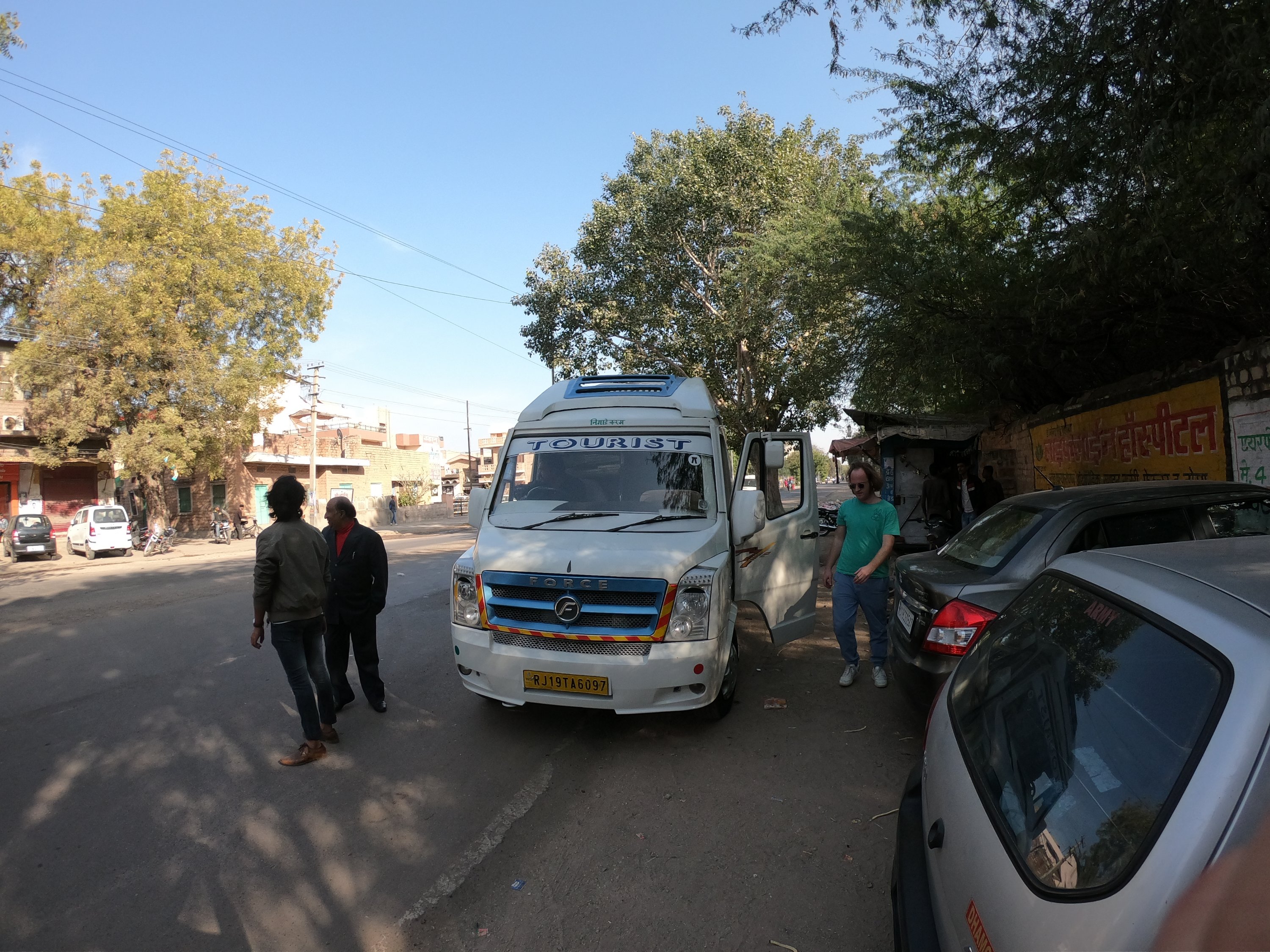 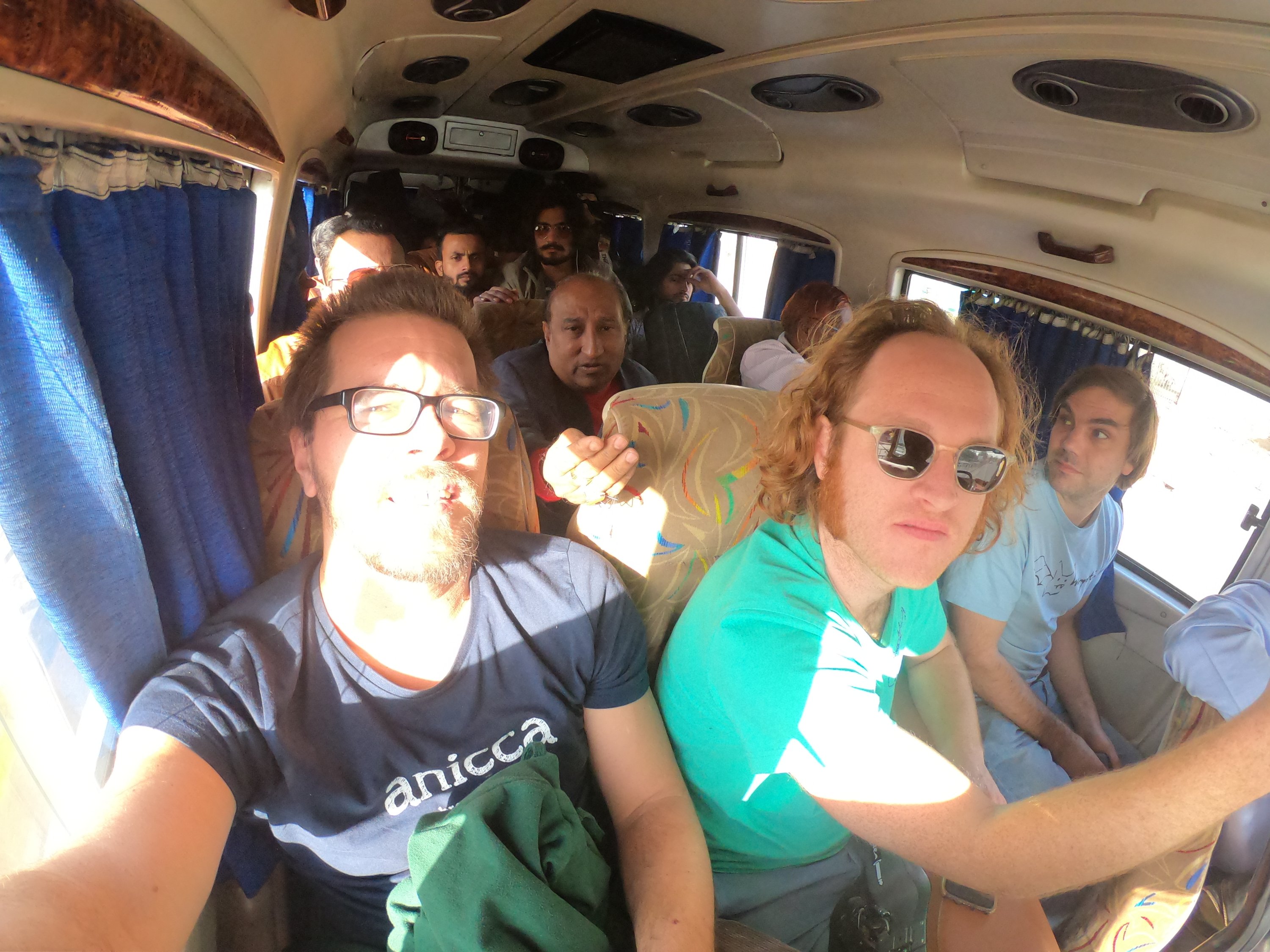 Great stuff!
We met Imran right after arriving at Fort Chanwa in Luni, who had invited us to come and play with them at the Raaga Taala Retreat which he organises with his partner Tina and their company called creative karma.
He had requested Immo to be the sound engineer for the show, and sure enough Immo accepted the challenge. 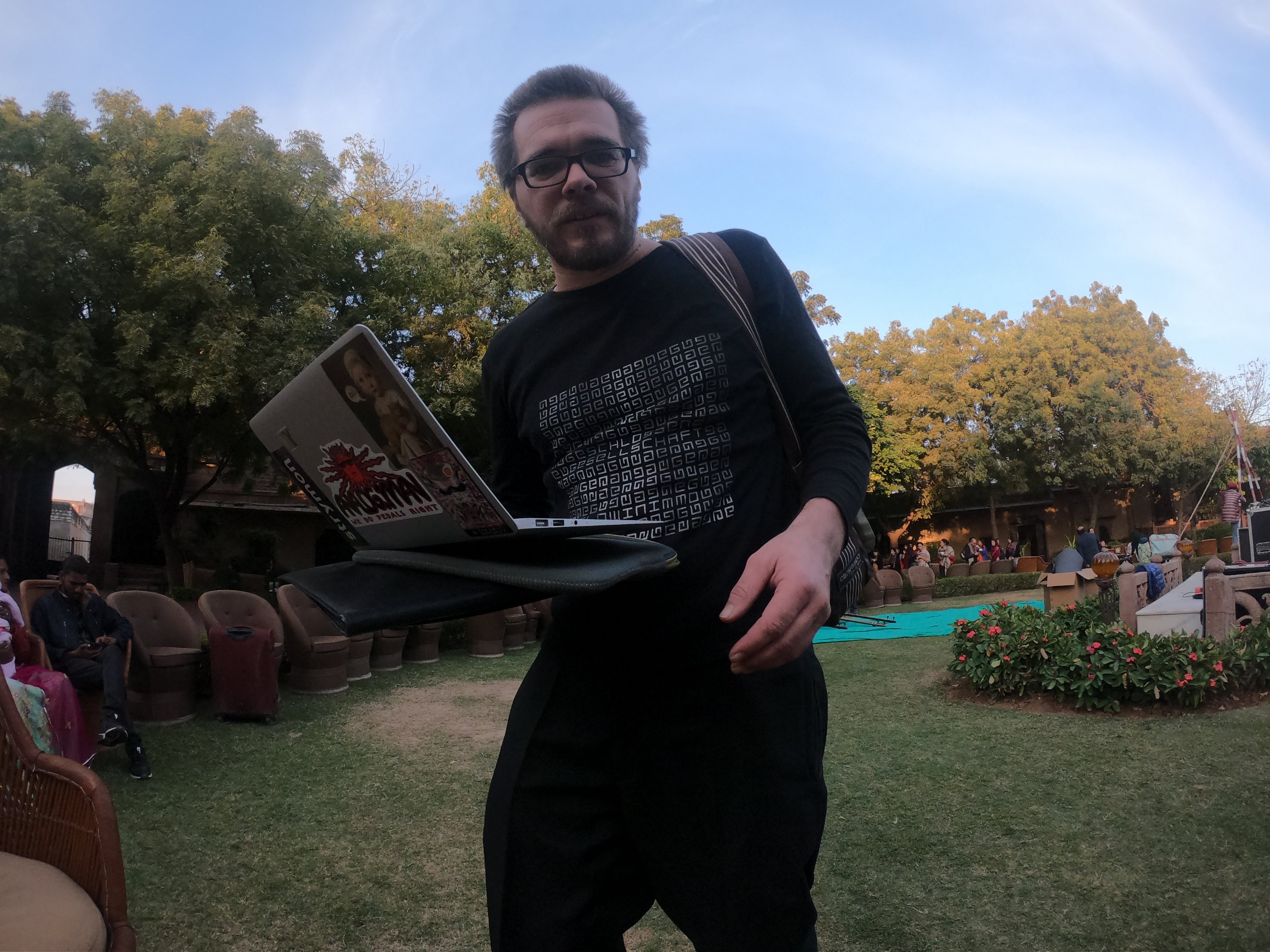 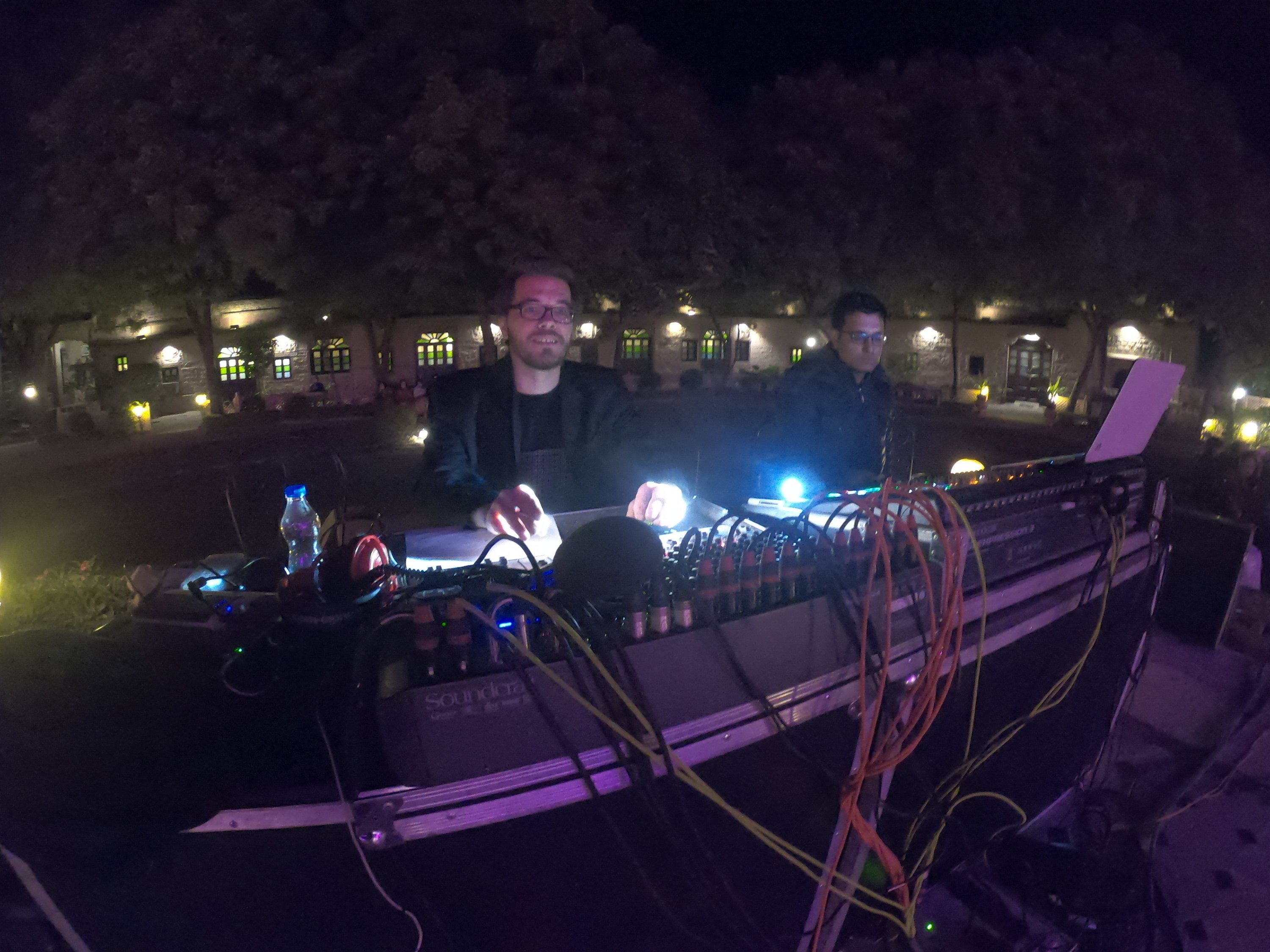 So Soundcheck was next, and after 2 hours of setup and checking, the concert could begin.
The electricity dropped about five times during the concert for unknown reasons but luckily came back after a few scary seconds each time. 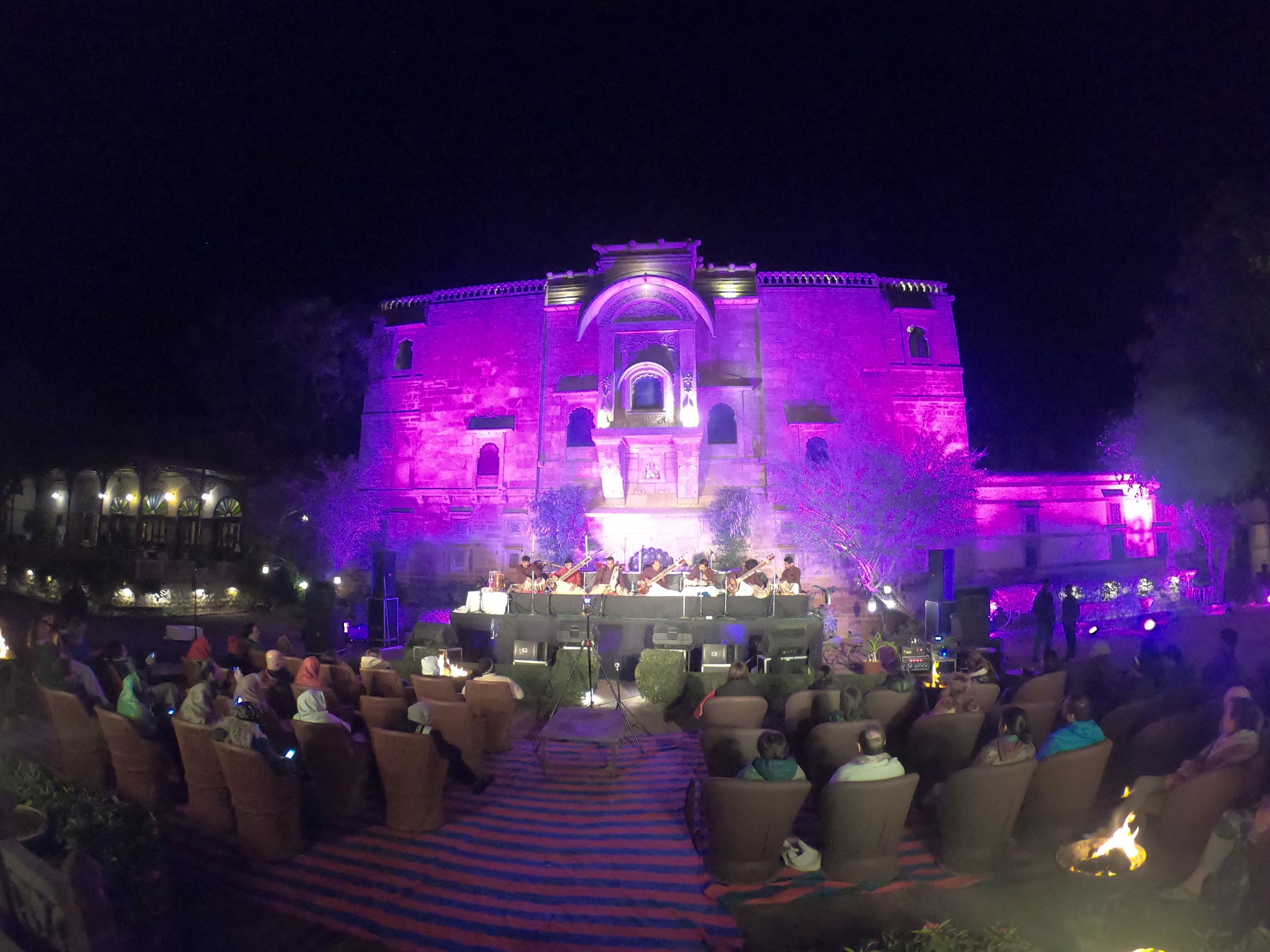 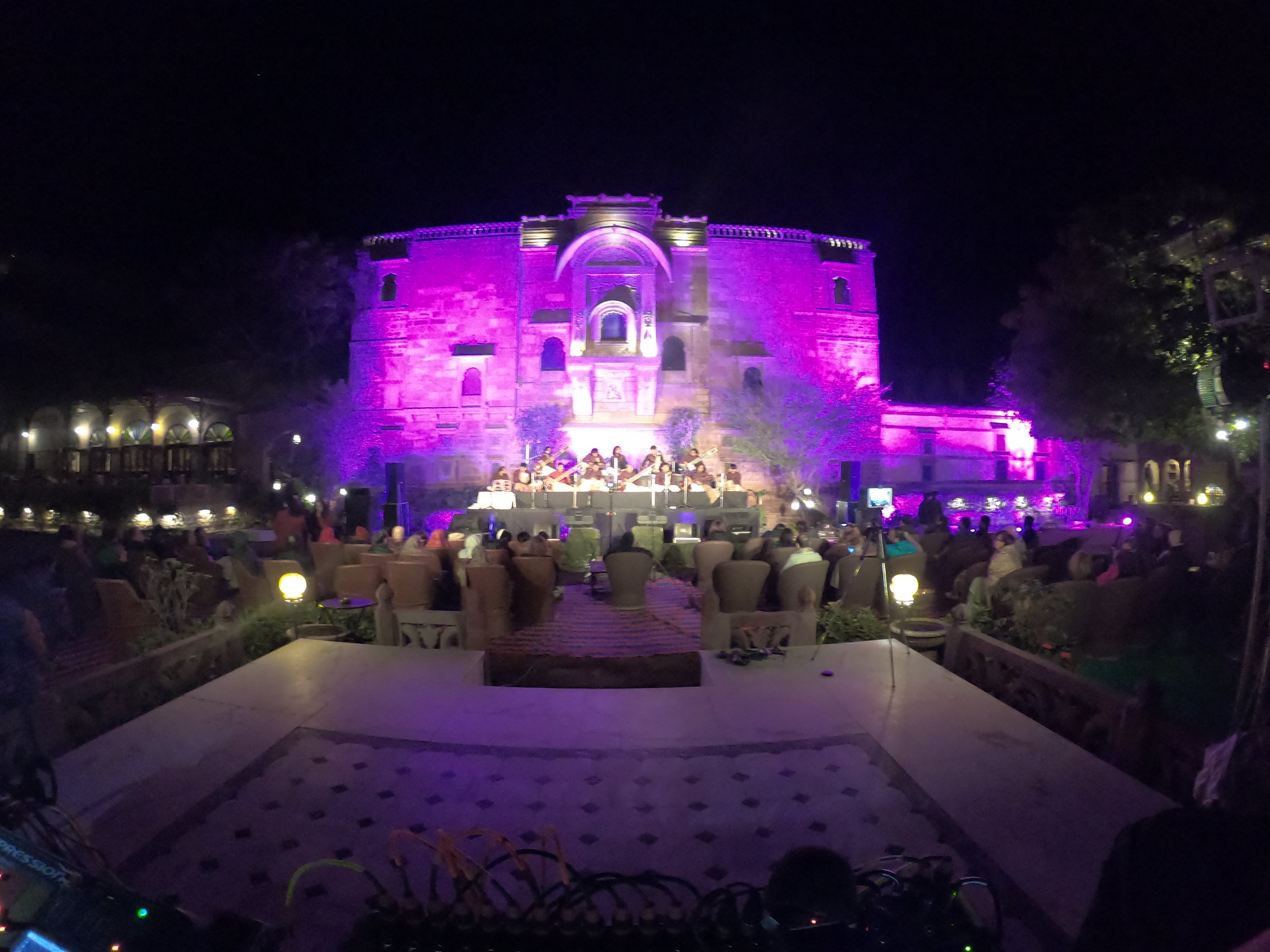 Although we are in India, and during the day the temperatures are in the mid-twenties, it started to rapidly cool of, so we could see the players rubbing their hands to keep them warm.
After about two hours of a great concert we sat down to have some late night dinner and hit the bed shortly after, thinking about getting up at 8 for morning yoga.
Let the snoring begin!