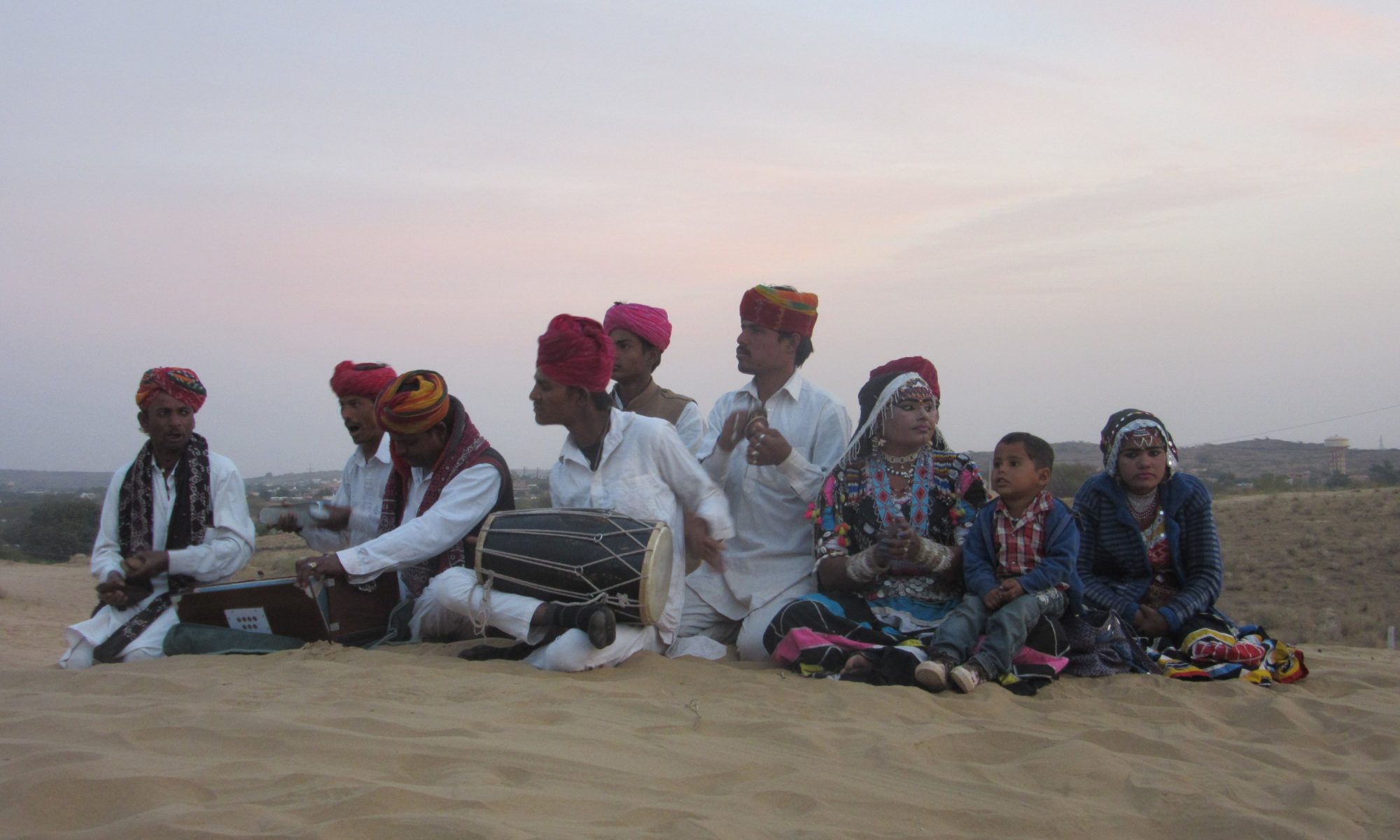 After yesterday’s concert and the following celebration we missed morning yoga once again. Maybe it is still jetlag?

We grabbed a quick lunch for breakfast and hopped on the bus to Jodhpur. First stop was at the maharaja Palace to have a look at the museum and the garden. 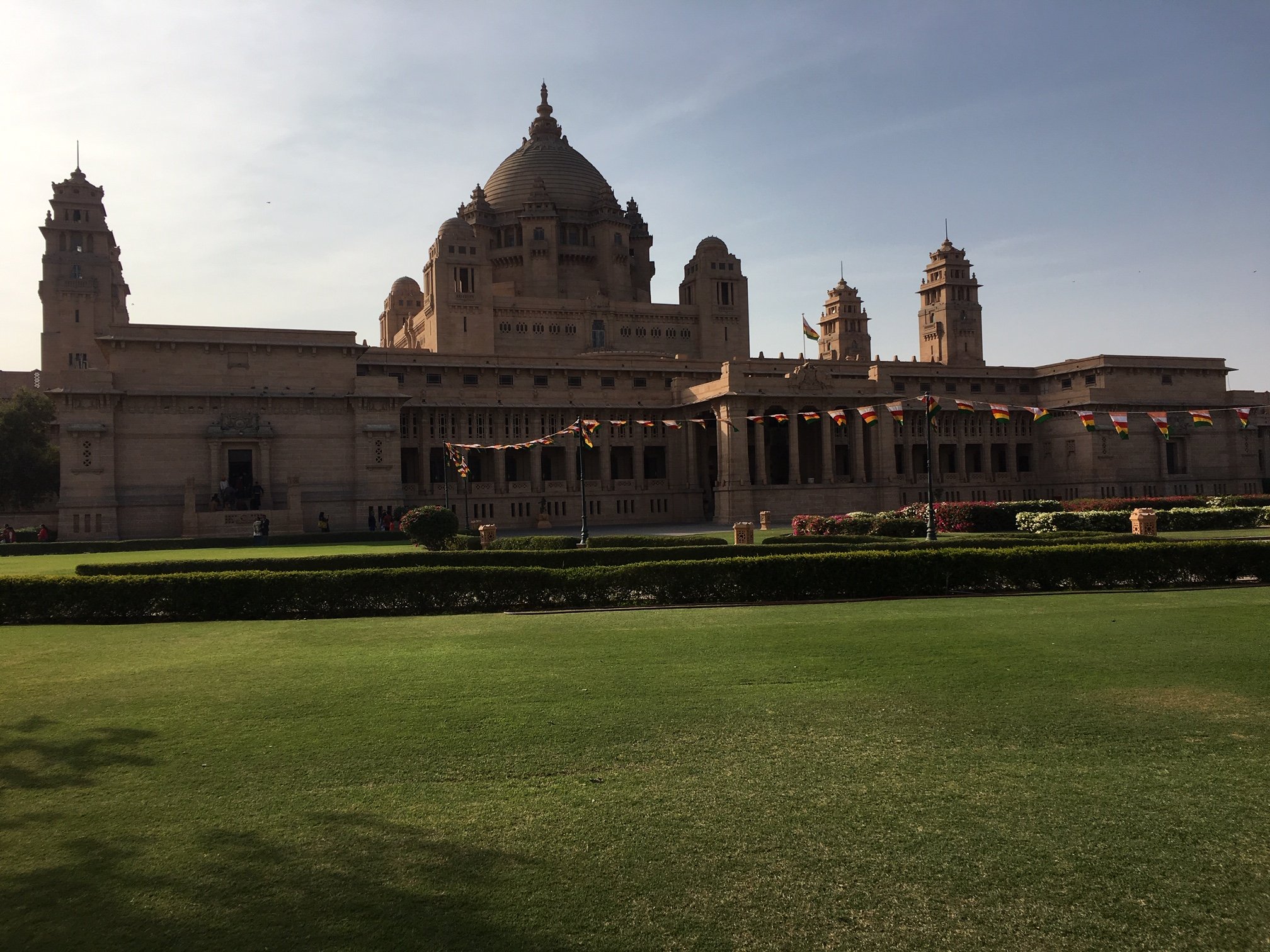 We had already seen it from the big Fortress, as is situated on a rock on the opposite side of Jodhpur.
We had our first safran ice cream, the first impression was like licking soap, but after getting used to it, it was good.
It took another hour to get to Osian, north of Jodhpur, where we jumped on to jeeps and had a bumpy ride to the camels which were waiting on a dune. 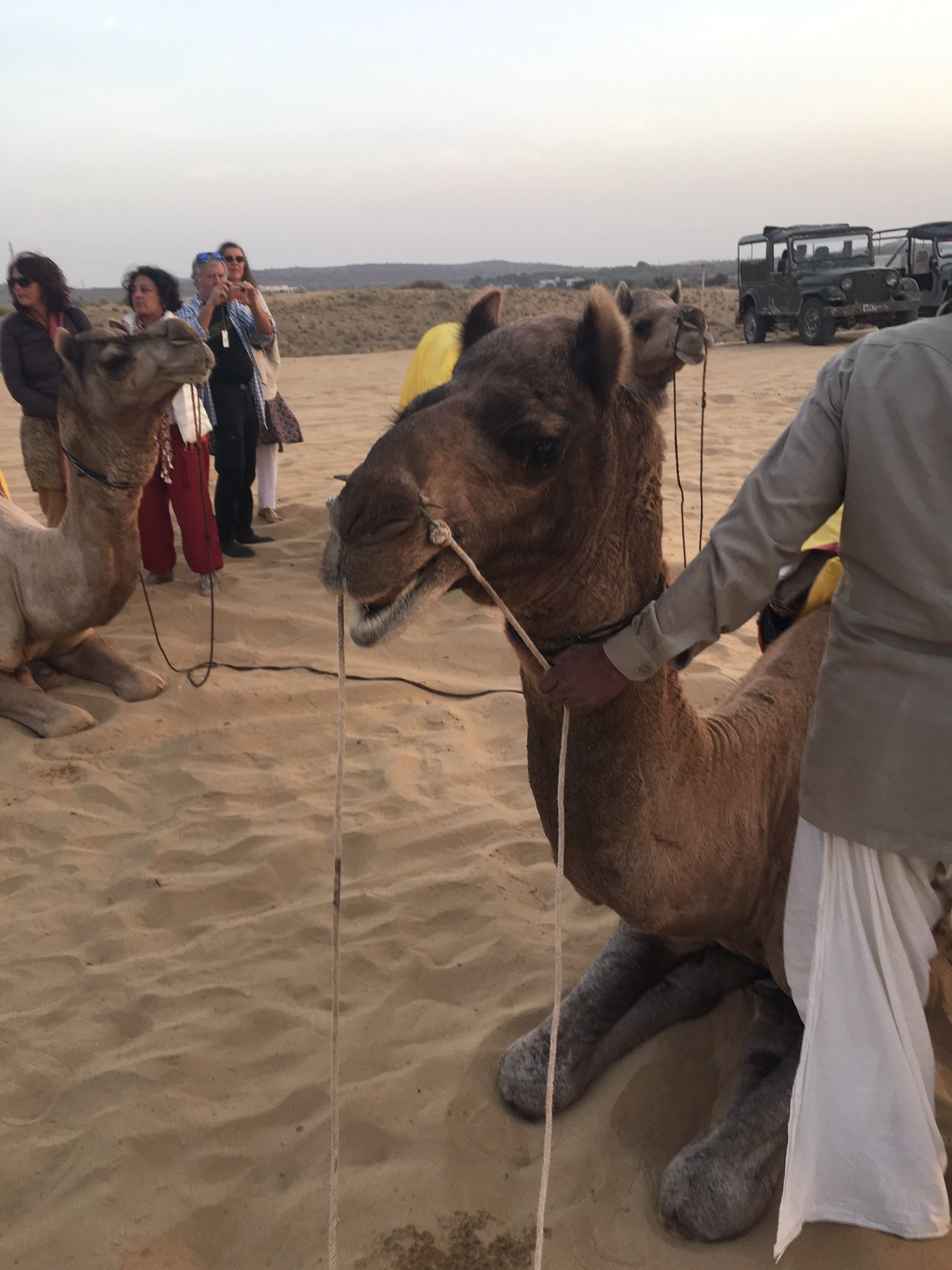 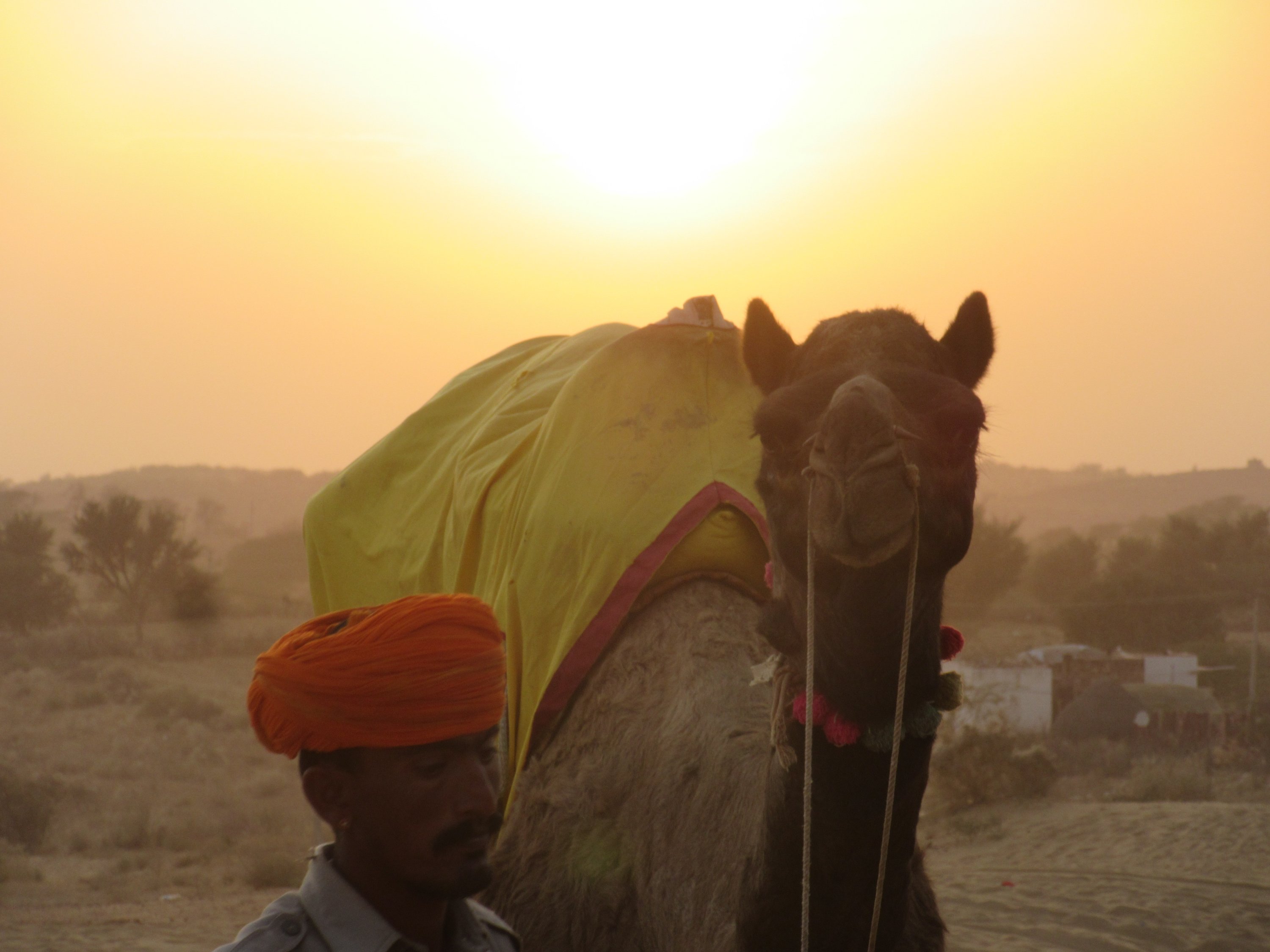 Chai was served and we had the chance to take a ride on a camel. It is quite exciting when it gets up, you have to hold on tight, once it is moving and you adjust to it’s rhythm it is a soothing massage. 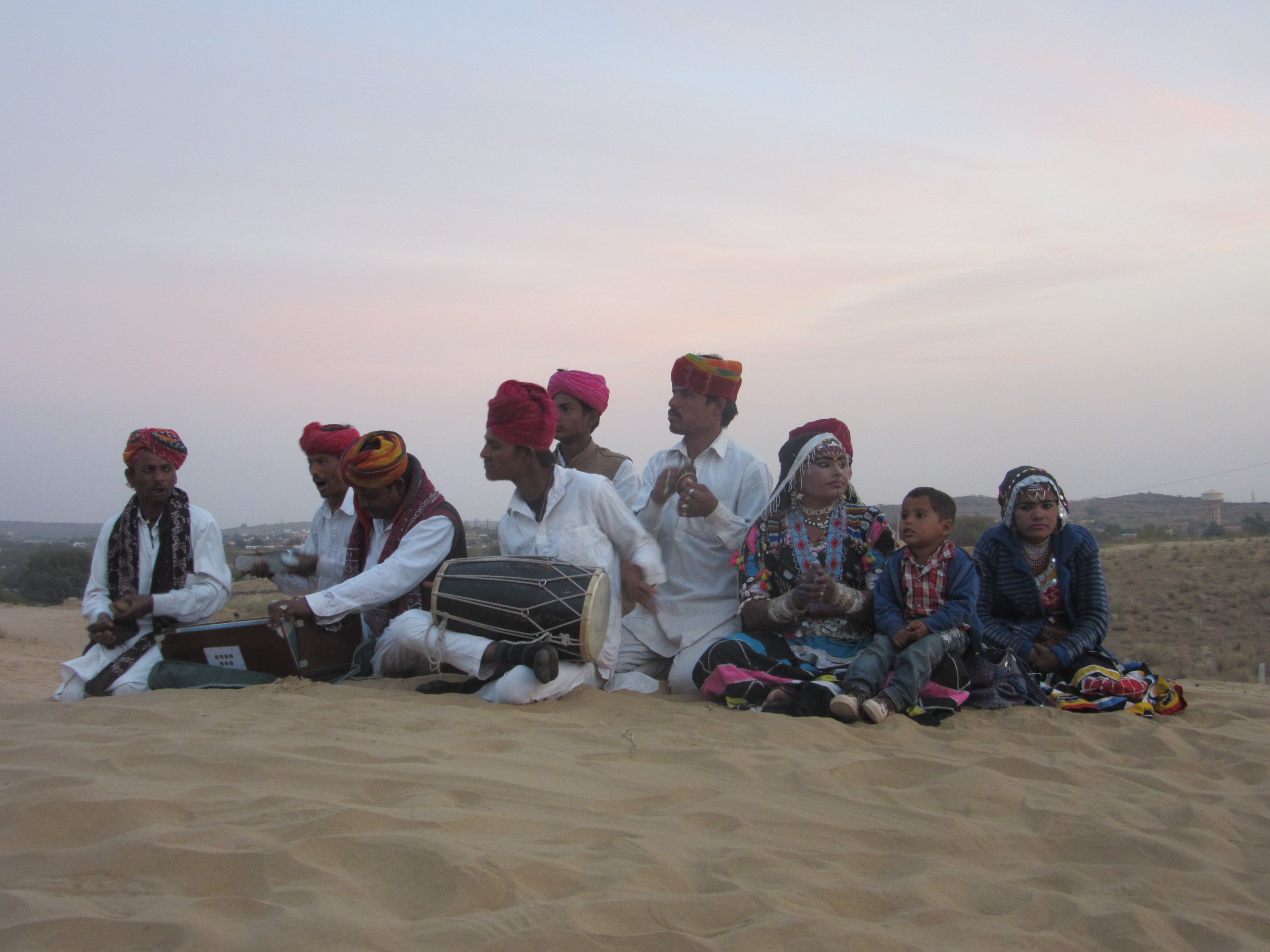 A traditional band was set up on the dune and played for the group, while a little further down the dune an Indian couple was having a romantic photoshoot in the sunset with a photo team and even pyrotechnics ! 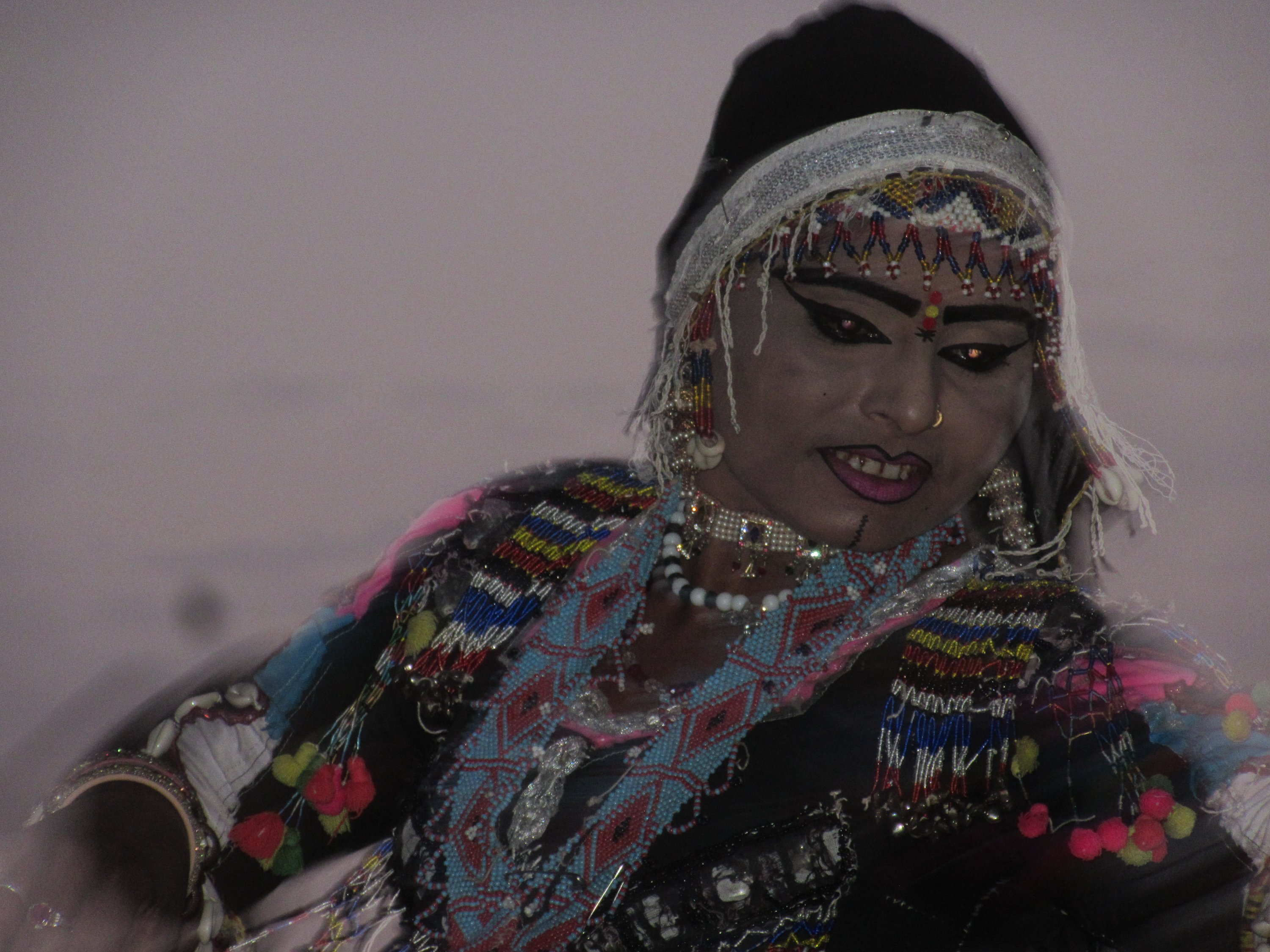 We could choose to ride the camel or the jeep ack to camp, where dinner was awaiting.
The same band had already set up next to the campfire and started playing in the dark, as there was no electricity at the time.
Only lit by the fire and oil torches it had a nice atmosphere. Finger food was served around the circle we were sitting in and soon the four female dancers got us all to join their dance around the fire.
The generator started und suddenly the whole place was lit up, changing the vibe, but you could finally see the band again.
About an hour and lots of finger food later, it was announced that dinner was now ready… better not miss yoga tomorrow morning!
We are sitting on the bus now, making our 90 minute return to Luni.
Great Trip, thanks to Imran, Tina and their whole team.