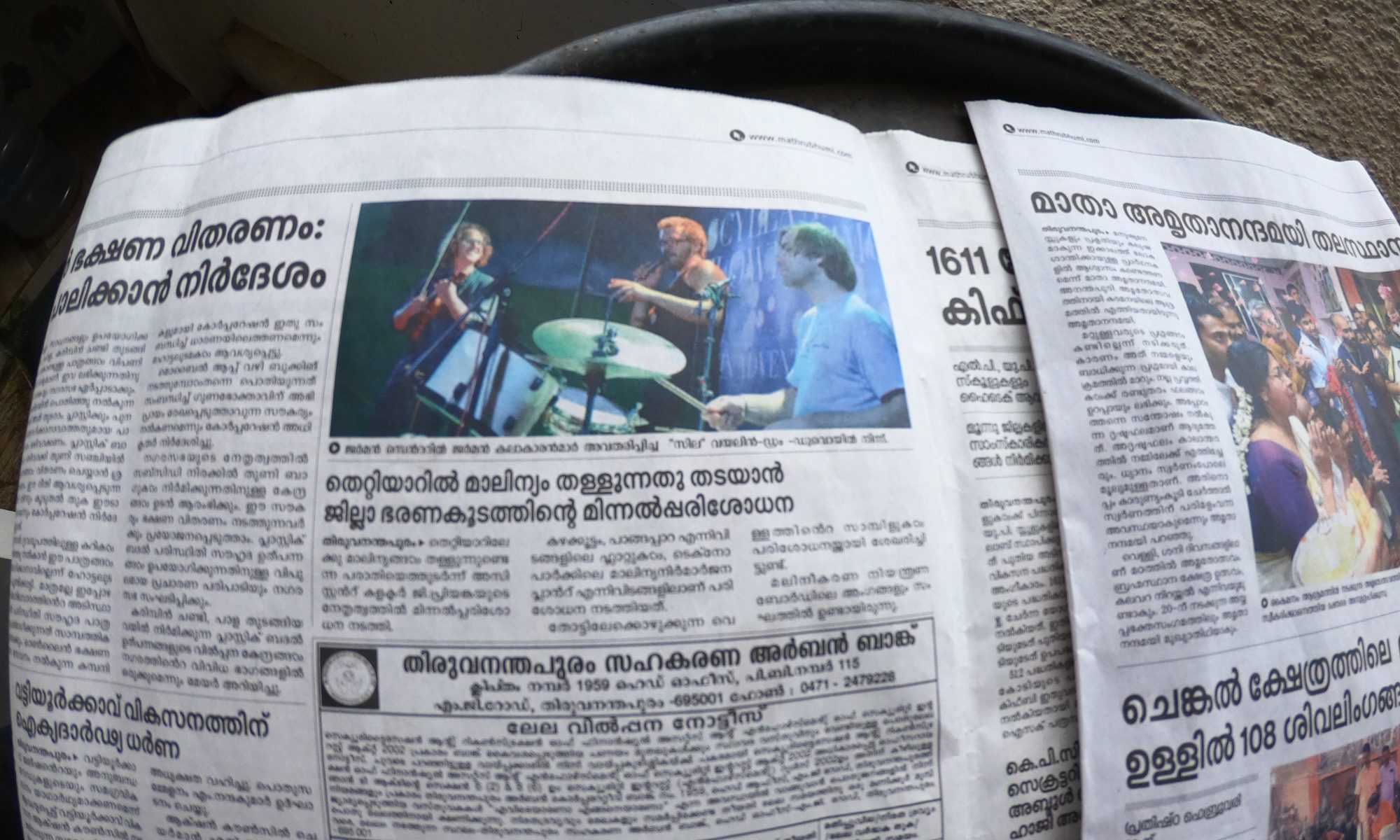 Scylla and Flowin IMMO in India – Day 12: Concert in Thiruvananthapuram

We played at the Goethe Zentrum Thiruvananthapuram and had a lot of fun! Here also a videolink to our "Zugabe" in Malayalam: https://youtu.be/xOetrnlRVeQ

Bobby picked us up at the hotel and we returned to the Goethe Zentrum, to meet with the Boss, who is also Honorarkonsul for Kerala, to talk about future visits, and also bringing along Imran and Hanif Khan, to present the german/indian fusion on stage. It was a very friendly meeting, and now they are open for our concept to be sent after returning to Germany.

And we even made it into the newspapers! 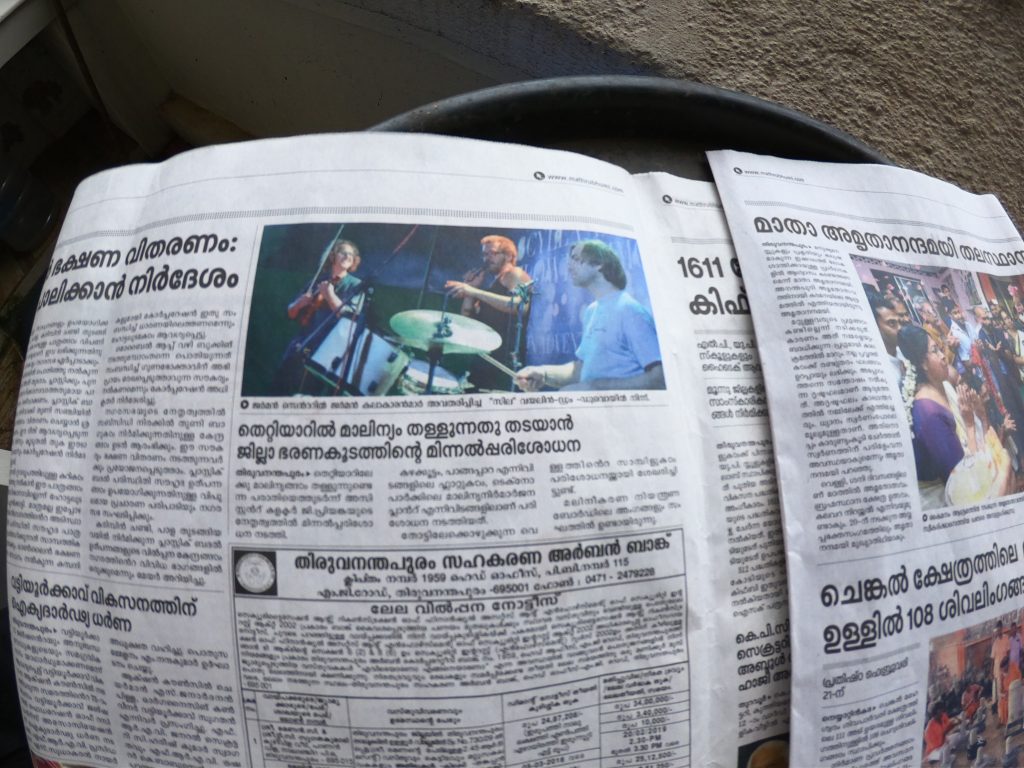 Percussion shopping was on top of the list, as Buttlar was looking to buy coconut shakers, a friend of his had recommended. Bobby picked us up and we drove to the shop, where a friend of Bobby, a guitar player who was at our show yesterday , and his father opened the door for us. 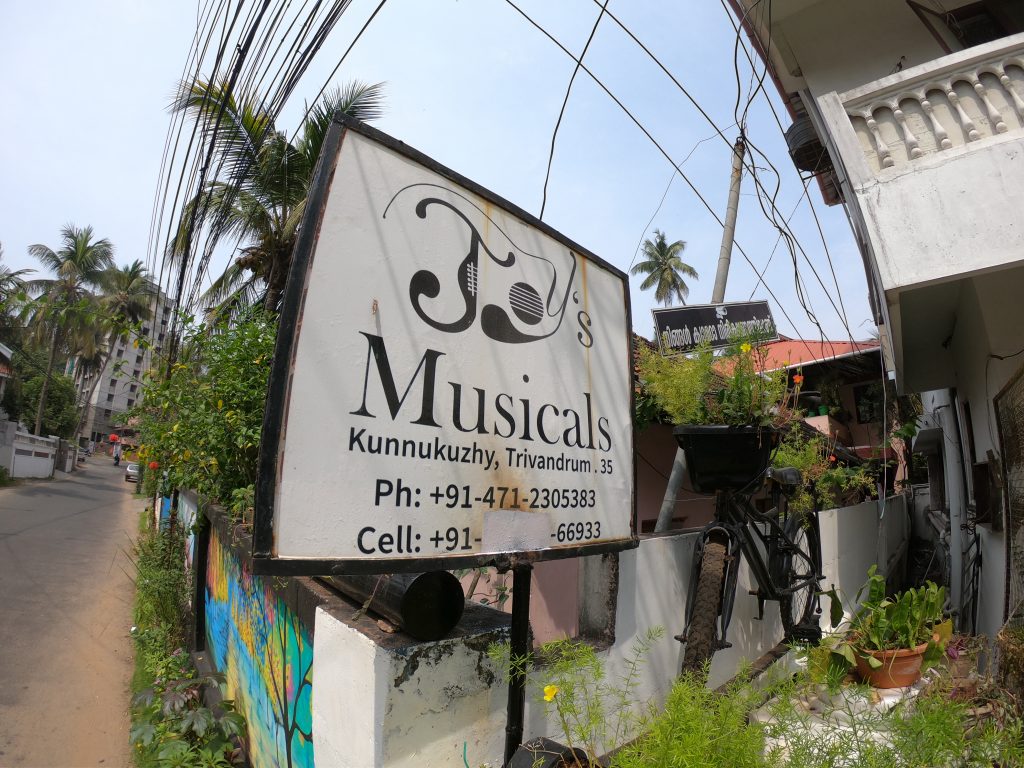 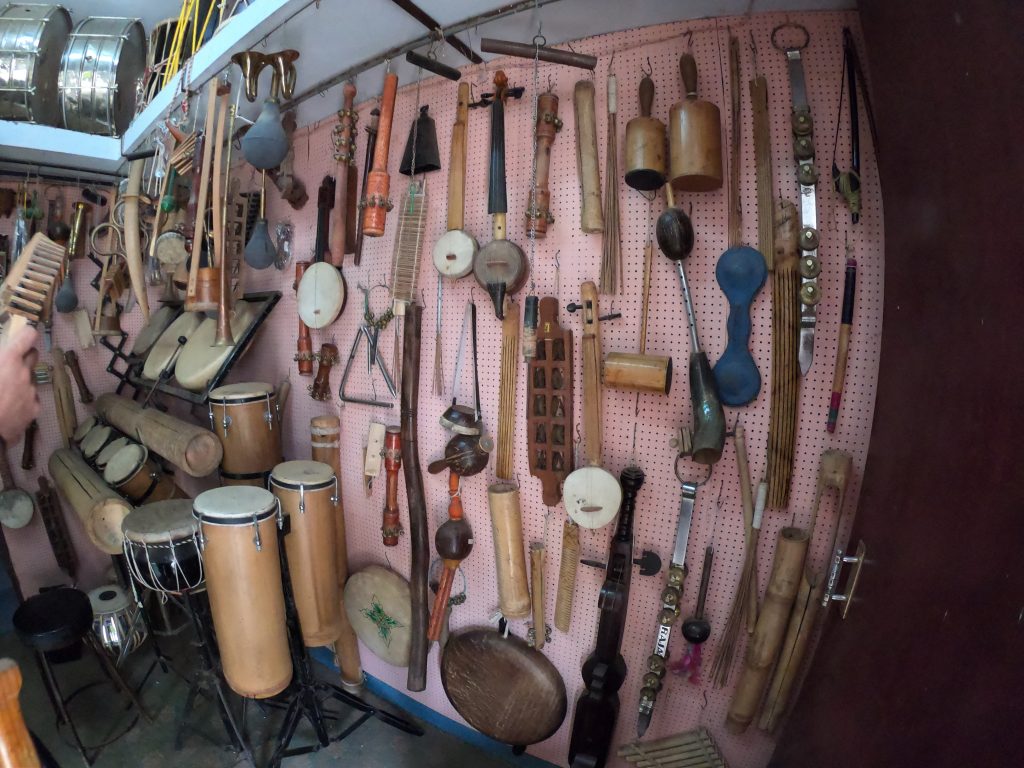 Time for lunch, which is when Bobby showed us a videoclip of him acting in a Mollywood Comedy, yes, there is not only Bollywood, but also Mollywood, the Malayalam version of film industry. Funny stuff…

Bobby was a very nice host, fun to be around, but we had to say goodbye. 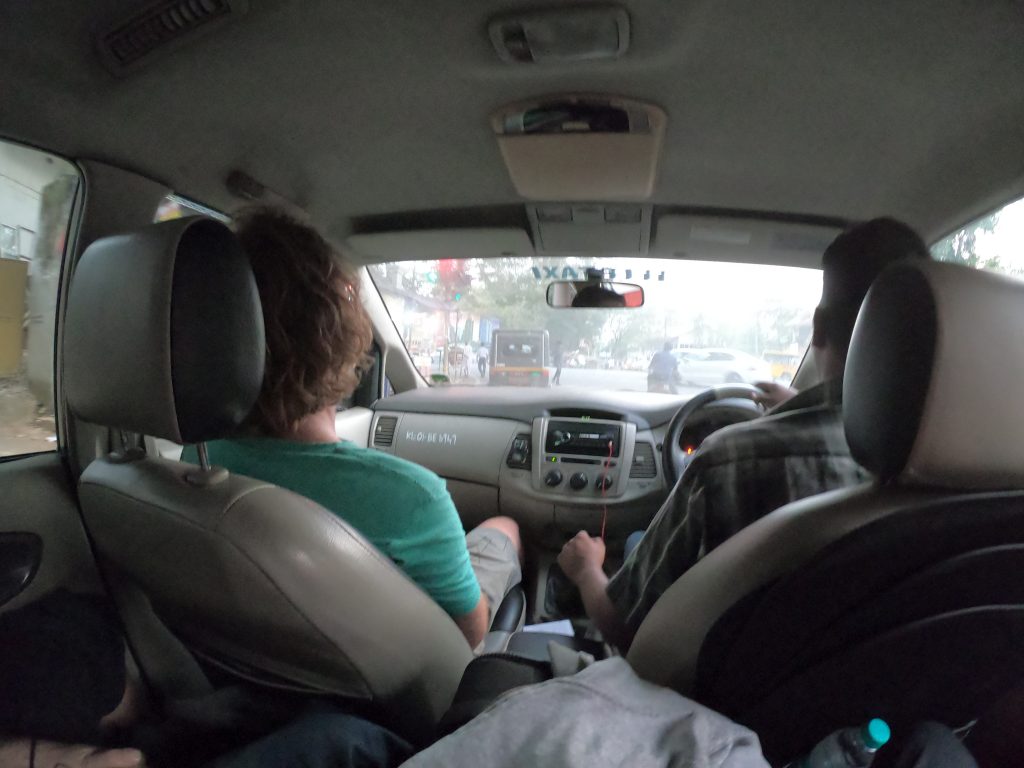 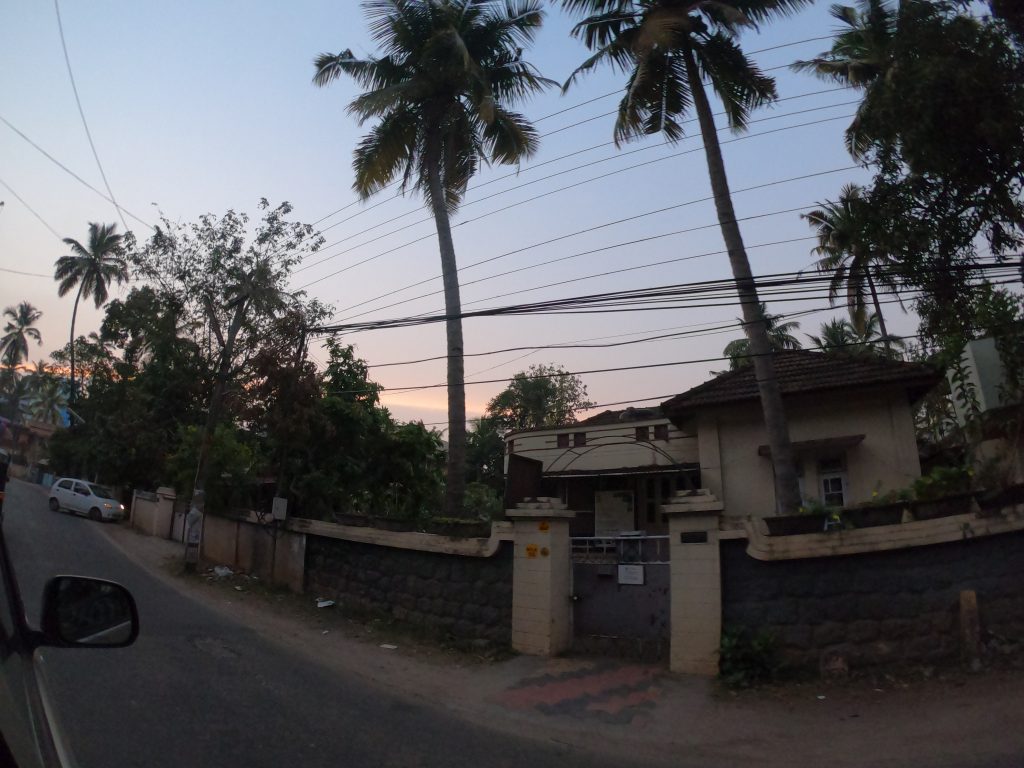 After two more hours of hanging out at the Hotel, a driver took us to the airport and we checked in without further problems. The flight was a little bit delayed, but we landed in Mumbai after about 2,5h flight time.

Another prepaid taxi took us to Bandra, a part of Mumbai, where Haase had already been before and we managed to find the Hotel Linkway on Linking Street.

The rooms were indeed different to the ones we had for last night in Thiruvananthapuram, but we new, Mumbai was going to be loud…

Quarter Canteen was the bar next door, and we managed to drink one welcome beer before they closed down at 1:00h.